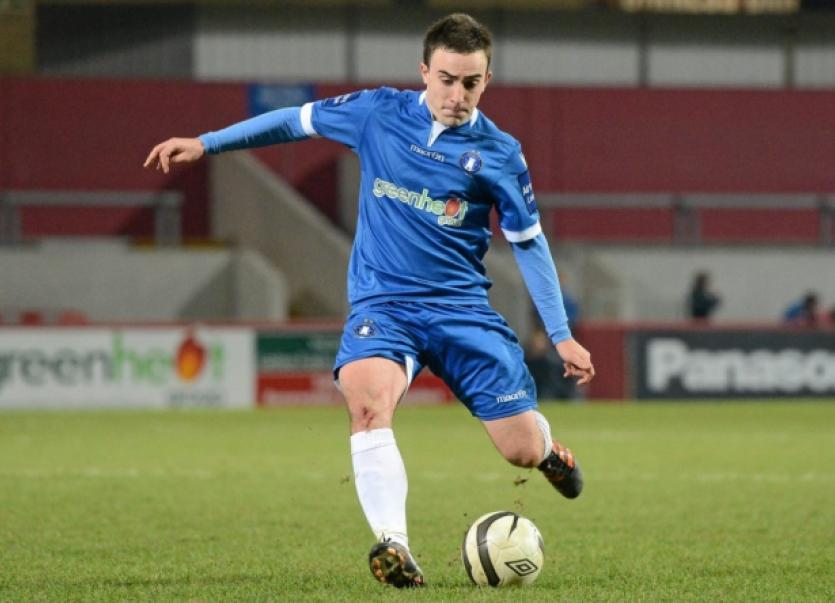 ENGLISH Premier League superstar Jack Wilshere is backing Limerick FCs Shane Tracy’s bid to get on the cover of FIFA 14.

ENGLISH Premier League superstar Jack Wilshere is backing Limerick FCs Shane Tracy’s bid to get on the cover of FIFA 14.

Arsenal and England midfielder Wilshere took to Twitter over the weekend to encourage his close on 500,000 followers to vote for Tracy in the battle to appear on the Irish cover of the hugely popular soccer video game.

Limerick FC midfielder Shane Tracy spent two seasons at North London giants Arsenal after been spotted playing with local schoolboy side Wembley Rovers. The 24-year-old joined ‘The Gunners’ in August 2005 and made more appearances than any other player for the Under-18s, scoring twice from 28 outings. In the 2005-06 season, Shane stepped up to the reserve side making eight appearances at that level. The exciting midfielder returned to Ireland to play in the Airtricity league in 2007.

Shane Tracy’s sister Yvonne currently plays with the Arsenal Ladies team and is a vastly experienced Republic of Ireland international.

In his tweet of support for Tracy, Wilshere wrote: “Everybody vote for Shane Tracy to be on the Irish version of FIFA!.”

Wilshere’s tweet of support for Tracy has been retweeted close on 300 times. Wilshere started Arsenal’s 1-0 North London derby victory over Tottenham at the Emirates Stadium yesterday, before being forced off injured. Seen as arguably the most exciting young English midfielder of his generation, Wilshere has been with Arsenal since the age of nine and was a key member of the 2009 FA Youth Cup-winning side. Since then his rate of progression has been nothing short of exceptional, and when he stepped up into the first team he immediately caught the eye with a string of fine displays.

Shane Tracy is up against players from the 11 other Premier Division clubs, in the battle to feature on the cover of FIFA 14 which will be released later this month.

It has already been confirmed that Barcelona’s superstar Lionel Messi will return as the main cover star for all regions on the global cover, having been on the cover for FIFA 13 and FIFA Street. The Irish winner – who will join Messi on the cover – will be announced on Monday 16 September.