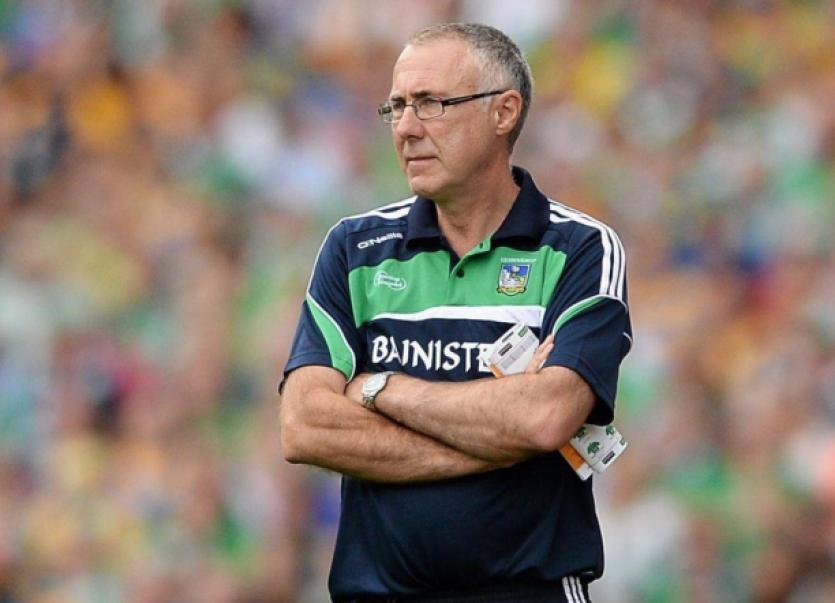 LIMERICK GAA officials are bracing themselves for the departure of senior hurling manager John Allen.

LIMERICK GAA officials are bracing themselves for the departure of senior hurling manager John Allen.

The two year term of the former Cork All-Ireland winning manager ended three weeks ago with Limerick’s defeat to Clare in the All-Ireland semi-final in Croke Park.

Allen didn’t commit to Limerick in the immediate aftermath and hasn’t commented since.

This Wednesday evening, the three main officers of Limerick County Board met with John Allen and his back room team.

“The senior hurling management met with the County Board officers this Wednesday evening. A further meeting will take place after the weekend

and a decision will be made for the 2014 season,” confirmed a brief Limerick GAA statement.

“The County board chairman Oliver Mann hopes to be in a position to update County committee at the next meeting on Tuesday September 10 on the position. No further statement will be issued prior to the meeting of the County Committee.”

But there is much speculation that Allen is ready to end his tenure on Shannonside.

Indeed rumours suggest that some have already pinpointed former Tipperary All-Ireland winning manager Liam Sheedy as a possible replacement. Current selector John Kiely could also step into the Bainesteoir bid in a bid to provide continuity within the senior hurling set-up.

However, Limerick GAA chairman Oliver Mann is adamant that Allen hasn’t yet made known his plans.

It is also understood that it’s the wish of the players that Allen remains in place.

Allen has served two years as Limerick manager and when at the helm of his native Cork almost a decade ago, he committed to a two year term and that’s all he served, despite leading them to All-Ireland honours. Allen had been previously involved as a selector in the previous management.

“I initially agreed to two years, so I will talk to the board over the next few weeks now and we will discuss that,” stated Allen when pushed on his future after the loss to Clare.

“I am not sure really what I’ll do. I don’t know is the answer,” he replied when asked if he would like to stay on.

Allen will be part of TV’3 All-Ireland minor hurling coverage this Sunday but it appears no confirmation of his future plans will come until after the weekend.

The September County Board meeting takes place next Tuesday and the future of Allen will be on the agenda.

While the season ended with Croke Park heartbreak, Limerick hurling has made great strides this season, albeit the first half of the year brought the disappointment of a second successive Division 1B league final defeat.

While all focus this week centres on the future of Allen, supporters will also hope that all members of the panel will return for 2014. Donal O’Grady and Niall Moran are the only two players in their 30’s and neither have made any immediate announcements.