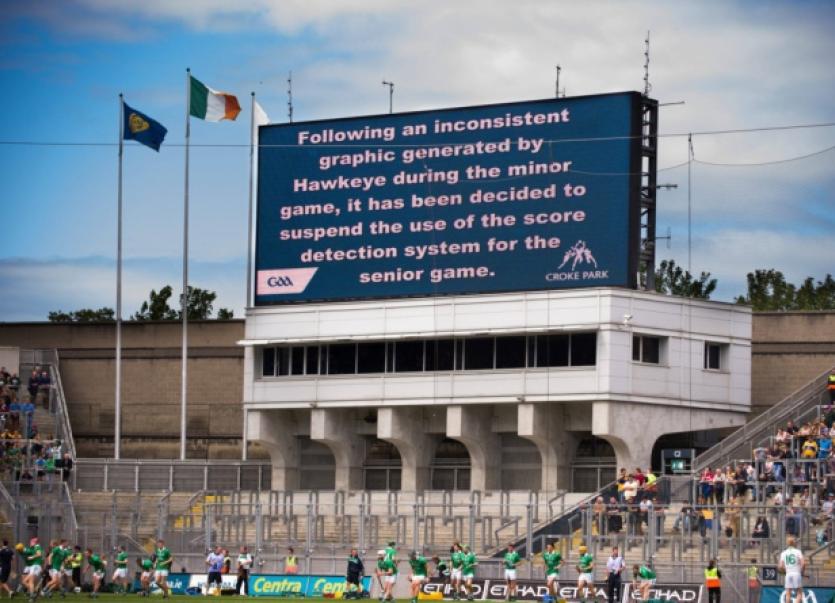 LIMERICK’S GAA chairman has hit out at any claims that the County Board were ‘unsporting’ in advancing their objection into Hawk-Eye’s malfunction.

LIMERICK’S GAA chairman has hit out at any claims that the County Board were ‘unsporting’ in advancing their objection into Hawk-Eye’s malfunction.

Limerick’s objection in the result of last month’s All-Ireland MHC defeat to Galway came to an unsuccessful conclusion in the early hours of this Tuesday morning with confirmation that the DRA had turned down the appeal.

Despite the failure of the objection, Limerick’s chairman Oliver Mann insists that they would “do the same again”.

The GAA chairman hit out at any claims that Limerick were unsporting in advancing their appeal through the CCCC, CAC and DRA for the past two weeks.

“I don’t think we were unsporting - there was a dispute between ourselves and the GAA and there is a mechanism for that and we explored all avenues we could,” explained the chairman.

“People have commented it was all about a score in the first minute and it didn’t matter but that is rubbish - should we discount everything that happens in the first few minutes in all games,” said the chairman.

“We were totally justified to do what we did. I am very happy we did what we have done - there are no regrets,” said Mann.

“The onus was on us to stand by our players, their family, the management and all the people who brought the players up through the clubs,” explained the Limerick GAA chairman.

“It was imperative that we tried to get justice for our players.”

He added: “We are very disappointed because our aim at the initial phase was to be successful and ultimately we weren’t”.

Limerick presented a case stretching to over 70-pages to the DRA at a meeting that lasted over four hours in Tullamore this Tuesday night.

“I would have rather tried and failed, that not tried at all,” said Mann.

“Our aim was to try and get justice and we exhausted all avenues in the system. Now we have to accept 2013 was a fantastic year for our minors. We will always remember Hawk-Eye but we should also remember that the minors gave some outstanding performances in Thurles and the Gaelic Grounds to win the Munster title,” said the chairman.

On Tuesday a brief DRA statement confirmed their tribunal “refused the relief sought” by Limerick.

The Disputes Resolution Committee, chaired by barrister Aaron Shearer, held that the CCCC had been correct to preclude itself from hearing any objection based on a disputed score under Rule 7.10 (n).

A detailed DRA judgement will be published in the coming weeks and will be anxiously awaited by all in Limerick.