Munster get Rabo season off to winning start 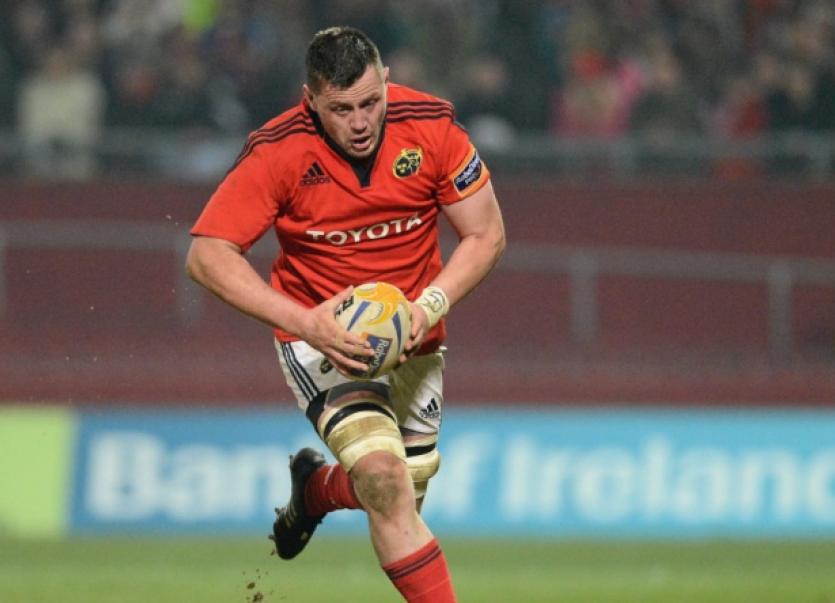 MUNSTER made an excellent start to their RaboDirect PRO12 campaign when recording an emphatic 34-23 victory over Edinburghat Musgrave Park on Saturday night.

MUNSTER made an excellent start to their RaboDirect PRO12 campaign when recording an emphatic 34-23 victory over Edinburghat Musgrave Park on Saturday night.

Before a crowd of almost 6,500, Munster laid the foundation for this win in the opening half, after which the home side led 22-6.

Prop James Cronin marked his first senior start by bagging one of the three touchdowns, while Denis Hurley and James Coughlan also crossed the whitewash in the opening 40 minutes.

Munster, who had won their last five meetings against Edinburgh in all competitions, wrapped up the bonus point through an Ivan Dineen try in the second half, while UL-Bohs scrum half Cathal Sheridan, who came on as a second half replacement, sent his clubmate JJ Hanrahan over for the home side’s fifth try.