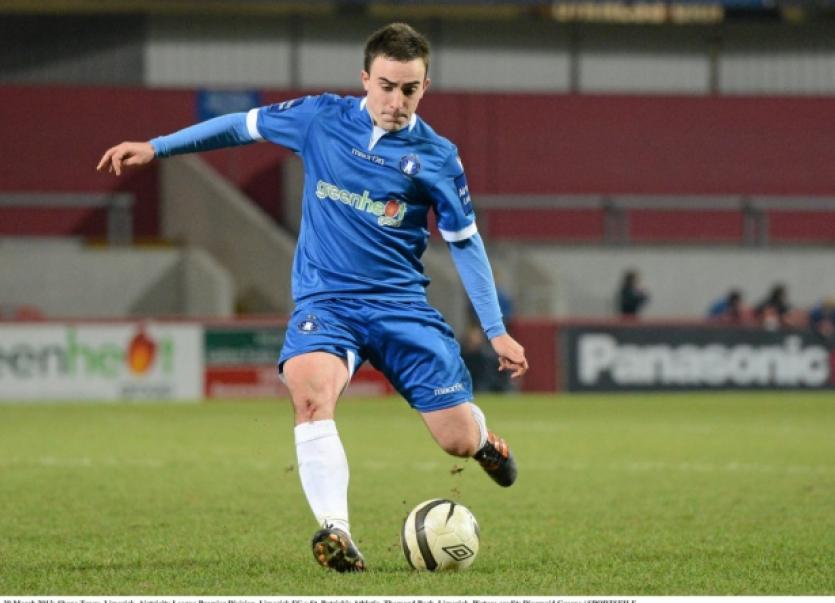 LIMERICK FC return to Thomond Park after a five-week break on Saturday evening with in-form Dundalk providing the opposition for the first of two crucial home fixtures in the space of 48 hours.

LIMERICK FC return to Thomond Park after a five-week break on Saturday evening with in-form Dundalk providing the opposition for the first of two crucial home fixtures in the space of 48 hours.

Seventh-placed Limerick are currently 14 points adrift of fourth-placed Dundalk as the Premier Division resumes after the mid-season break. Stuart Taylor’s Limerick side play their second fixture in 48 hours when Sligo Rovers travel to Thomond Park for a glamour EA Sports Cup quarter-final tie on Monday night.

Manager Taylor agreed that Limerick need to win more of their home fixtures.

“Obviously we would like to have won more games at home. You want to win every home match,” Taylor said.

“Teams are not as open when coming to us at Thomond Park. They are more inclined to frustrate rather than be constructive. That’s football. There is nothing easy in life.

“Is it (two days turnaround between Saturday and Monday) ideal? No. But we don’t have a problem with it. They are two home games. We are looking to get the three points against Dundalk and win the Cup match with Sligo Rovers.”

Taylor revealed that central defender Aaron Brown has left the club after less than four months. Twenty nine-year-old Wolverhampton-born Brown joined the Blues from Floriana, of Malta, in March. Taylor said the club was actively looking for a replacement for Brown.