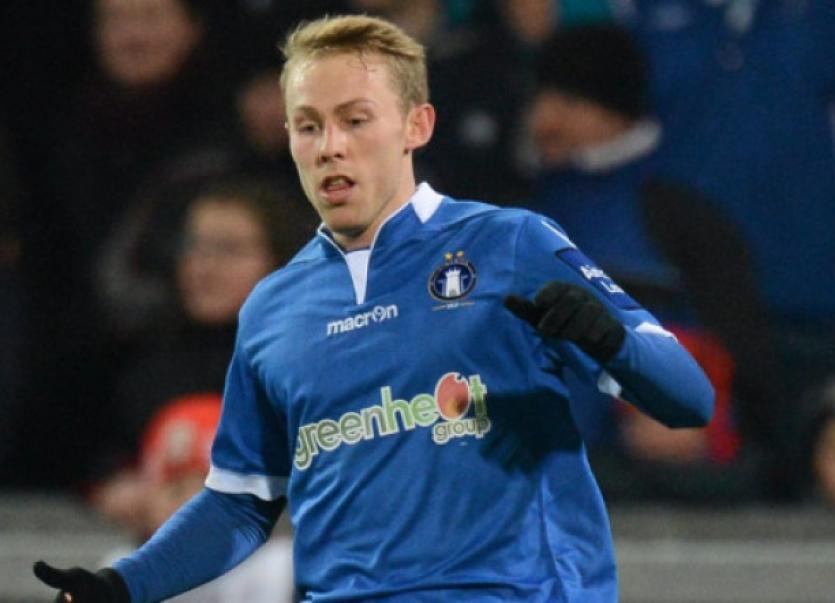 Dave O’Leary sensationally lifted the 10-man Blues up to seventh place in the League table when he headed home Shane Tracy’s free-kick to grab a dramatic winner in the second minute of added time.

It was Blues first win in five games and a significant boost to the team’s fortunes after a frustrating run which had seen the side take just two points from a possible 12 in their four previous fixtures.

Stuart Taylor’s Limerick side had fallen behind to a Ryan McEvoy goal for the Gypsies from the penalty spot in the 56th minute. The Blues’ Patrick Nzuzi was red-carded for bundling Bohs Keith Buckley in conceding the spot kick.

However, Stuart Taylor’s men some genuine resilience before an official attendance to fight their way back into the contest and the Super Blues drew level just after the hour mark, thanks to a stunning free kick from Shane Tracy from all of 30 yards.

The decent-sized travelling support from Bohemian broke into an amusing chant of ‘Leinster, Leinster, Leinster’ as the teams came onto the pitch before kick-off, keen to remind the home fans of the result of Saturday’s PRO12 fixture at the same venue.

The fare on show through the opening half was largely disappointing. Limerick FC, looking for their first win since mid March, missed the influence of their suspended midfield general, Joe Gamble.

Limerick FC survived a scare after just 90 seconds when a mix-up between defender Aaron Brown and goalkeeper Barry Ryan created an opening for Kevin Devaney, but the Blues survived due to alert scramble defence.

Clear-cut chances were few and far between through the opening half an hour. The home side, who had taken just two points from a possible 12 prior to kick-off, had their best opportunity on 38 minutes when the lively Danny Galbraith slid a well-direct pass through to Craig Curran only for the striker to miscue his effort.

The game remained scoreless until half-time and thankfully the quality of football on show improved significantly after the break.

Lims midfielder Galbraith came close to breaking the deadlock in the 53rd minute only to see his shot parried by Dean Delaney.

The visitors took the lead on 57 minutes when McEvoy duly converted the spot kick. Limerick showed admirable grit to get themselves back into the game.

Striker Curran was fouled 25 yards from goal and Tracy curled a terrific free-kick high into the net for a stunning equaliser.

Both sides had chances to bag a winner before the end, but ultimately it took O’Leary’s late intervention to decide the match.