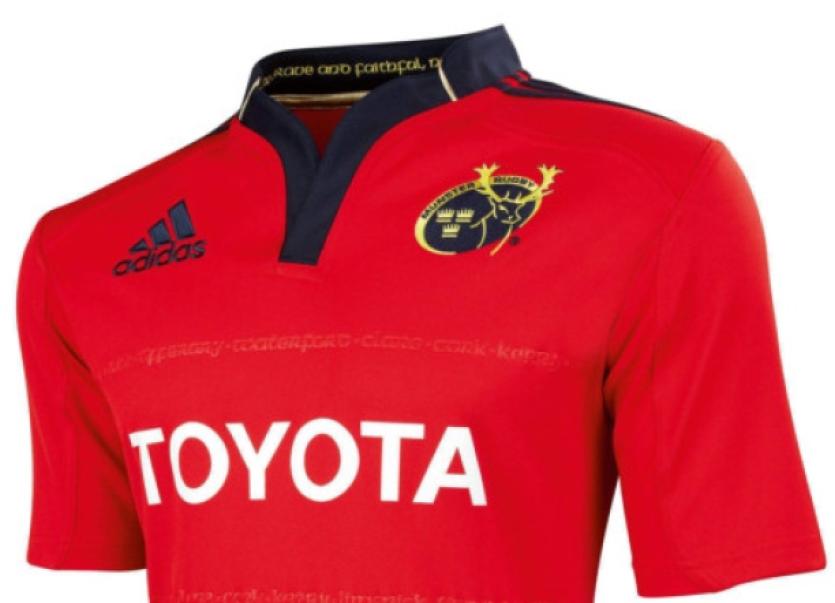 MUNSTER’S stunning Heineken Cup quarter-final victory over Harlequins should provide a significant boost to the province’s prospects of agreeing a new big money sponsorship deal in the coming months.

MUNSTER’S stunning Heineken Cup quarter-final victory over Harlequins should provide a significant boost to the province’s prospects of agreeing a new big money sponsorship deal in the coming months.

Munster Rugby current sponsorship deal with Toyota, which began in 2004, runs out this summer.

That deal with the car giants, which is not being extended, was worth more than €13 million to Munster over the past nine seasons.

Toyota extended the agreement in 2010, when the deal included the sponsorship of the senior Munster rugby teams competing in the Heineken Cup, RaboDirect PRO12 and British and Irish Cup.

Munster’s success in reaching the semi-final of Europe’s premier club rugby competition, the Heineken Cup, will strengthen their hand when it comes to making their business case to potential new sponsors.

Progress to the last four of the Heineken Cup is a welcome financial boost for Munster who announced a projected deficit of more than €1m for the year ending June 30, 2012 at its Branch Annual General Meeting last summer.

John Trainor, managing director of Onside Sponsorship, explained that despite the current economic downturn, Munster could realistically hope to agree a sponsorship deal which would be just as lucrative as the one they have with Toyota. Munster remains a premier level sponsorship opportunity with a fan base of more than 1,000,000 throughout Ireland.

John Trainor said: “What the team’s progress in the Heineken Cup this season has helped do is reinvigorate those one million supporters to varying degrees.

“Some of them who may have become a bit passive in their support will be reinvigorated and how that translates itself from a sponsor’s perspective in terms of greater attention and payback in terms of support for the sponsor.

“There is probably a performance related dimension in the way their current deal is constructed with Toyota this season and Munster will benefit from that.

“A performance related element is also likely to be a key part of any new deal going forward.

“There is no question but that Munster Rugby as a sponsorship opportunity would be within the top sponsorship properties in the market.

“Reaching the semi-final of the Heineken Cup will have sharpened the potential appeal of it, but I don’t think the product was ever not a high quality product.

“For the level Munster Rugby is at, a top tier premier level sponsorship opportunity, I think stabilising the fee they would have gotten historically would probably be a good result, but a potentially attainable result as well.

“It might be that they need to do a different type of deal to the one they would have done historically.

“In the package they may need to include some additional elements for the deal to be at the same level it may have been in the past. It will be a new construct of a deal.

“The volume of traditional tangible assets such as ticketing, signage, perimeter signage and the likes could be increased. They may include naming rights to specific competitions which are part of the Munster Rugby set up.

“There is no doubt they will find a sponsor. The quarter-final victory have brought a new momentum into Munster rugby that a brand will say they want to jump onto that momentum and be a part of Munster Rugby.”

John Trainor explained that companies involved in the gambling industry, as well as airlines and energy companies are currently most active in finding sponsorship opportunities, while the financial services sector also remained active in the market.

“My own view is that Munster Rugby are probably right not to panic into trying to find and do a quick deal and end up doing the wrong deal, just for the sake of sticking a badge on their shirt,” John Trainor said.

“The Harlequins victory demonstrates that avoiding the panic sale and holding for the right sponsor and partner, who will be with them for a long-term commitment over some highs and lows, are strategically the right move for them to make.

“They have done well in putting in place the professional board who, from a commercial perspective, are going to help them find the right partner.

“From what we have seen internationally, the financial services sector is very active category in terms of sponsorship. A lot of them see sponsorship as the right tool for them to rebuild and reposition their brand for the future.

“The more active sectors in general which are shopping around for sponsorship opportunities are betting and gambling, airlines and energy companies. “There are a number of different sectors out there who are actively shopping for sponsorship at the moment and I think on the basis of Munster it is more a matter of ‘when’ rather than ‘if’ they find the right partner.”