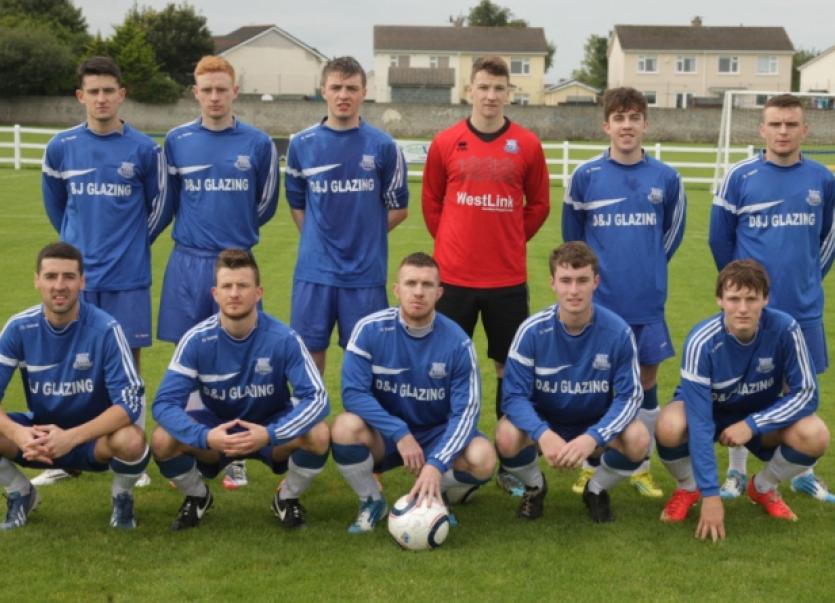 There were wins for Pike, Ballynanty, Carew Park, Moyross in yesterday’s LDL Premier League, while Geraldines drew with Janesboro. Here is a roundup of all the action.

There were wins for Pike, Ballynanty, Carew Park, Moyross in yesterday’s LDL Premier League, while Geraldines drew with Janesboro. Here is a roundup of all the action.

Last season’s Premier League champions Janesboro lost their 100% record this after a one all draw with Geraldines in front of a sizeable crowd in Garryowen. It looked to be business as usual for the Boro when Tom Clarke’s header put them one up after 10 minutes but Dean Earls equalised for Geraldines midway through the first half. Neither side could find a winner and the game finished in a draw.

A young Ballynanty Rovers came away from the Fairgreen with all three points with a 2-1 win over Fairview Rangers. Lloyd White gave Balla the lead early on but Paudie Quinn equalised for Fairview before half time. As Fairview began to dominate the game, Zac Hyland bombed down the right wing, his cross come shot was misjudged by Fairview’s keeper Andrew Walsh and find its way to the net to give Balla a morale boosting win.

Moyross bounced back from a 6-1 midweek defeat to beat Mungret Regional 4-0 and in doing so get their first win of the season. Barry Quinn and Adrian Power proved to be the deadliest of duo’s, scoring two goals each in a fine win for Moyross.

Carew Park came out on top in a five goal thriller against Aisling Annacotty. Mark McGrath struck twice for Carew with John Connery getting their other goal. Keith Mawdsley continued his excellent goal scoring form this season with Aisling’s first goal. Jon Somers scored their other goal.