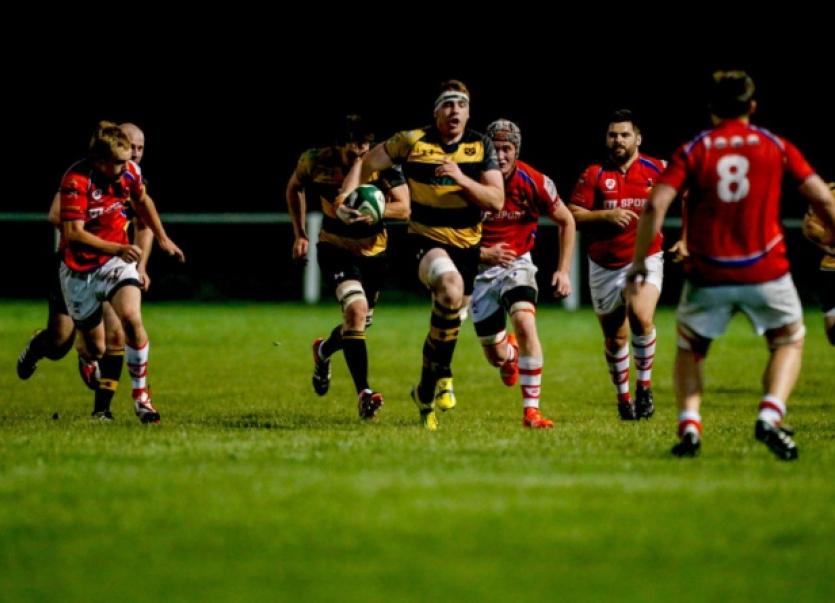 YOUNG Munster will face either Garryowen or Old Crescent in the Limerick Charity Cup final, following their 27-14 victory over UL-Bohemian at Clifford Park on Tuesday night.

YOUNG Munster will face either Garryowen or Old Crescent in the Limerick Charity Cup final, following their 27-14 victory over UL-Bohemian at Clifford Park on Tuesday night.

Munsters’ new head coach, the former Queensland Reds and Australian ‘A’ prop Anthony Mathison, who joined the club from Brothers RFC in the summer, will be pleased with the Greenfields side early season form. The new All-Ireland League season begins on Saturday week, September 12, with Munsters’ facing a difficult trip to the Aviva Stadium to face Lansdowne in a repeat of their dramatic Division 1 semi-final from last season which the Dubliners edged after extra time.

Munsters’ laid the foundation for their Charity Cup semi-final win over UL-Bohs in the opening half when the home side racked up a commanding 17-0 interval lead.

Eye-catching tries from Darren Ryan and returned winger Darragh O’Neill, as well as two conversions and a penalty goal from out-half Paul Downes helped the Clifford Park side build their commanding lead.

While UL-Bohs closed to within 10 points after an hour through a fine try and conversion from out-half Robbie Burke, Munsters refused to relinquish their grip on the game.

A second Downes penalty and try from hooker Ger Slattery, followed a well-executed maul, put the game beyond UL-Bohs reach at 27-7.

The Annacotty side did gain some consolation, however, when winger Rory White scampered over for a terrific individual try three minutes from time.