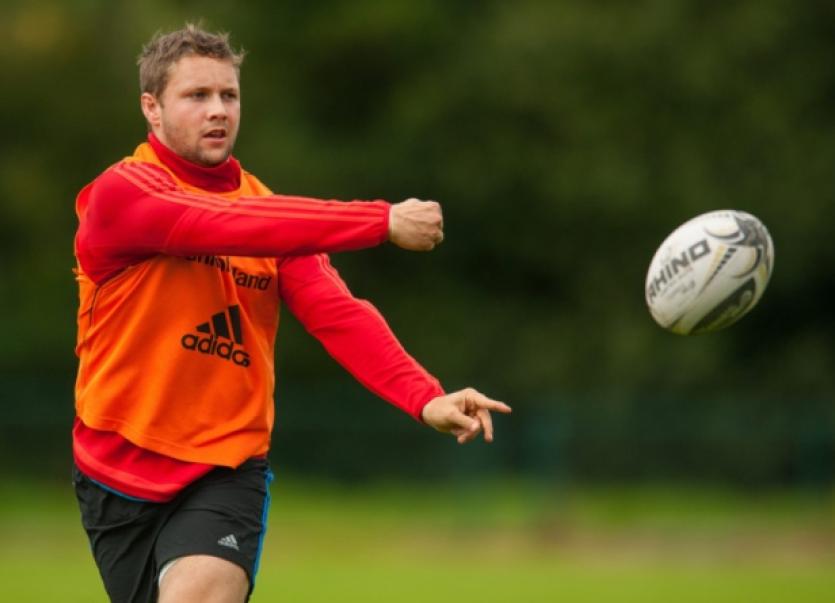 Centre Johnston, winger Monahan and second row Madigan have been rewarded for impressive performances in the province’s pre-season fixtures and through Munster’s pre-season training.

Munster’s New Zealand utility back Tyler Bleyendaal is also another in line to make his competitive debut after being named amongst the replacements for the fixture which will be televised live on TG.

Suffering no ill-effects from recent outings against Connacht and London Irish, hooker Mike Sherry makes a welcome return to PRO12 action for the first time since November 2013 and is joined in the front row by James Cronin and BJ Botha.

While Academy lock Madigan wins his first Munster cap, his second row partner on Saturday night, Dave Foley will wins his 50th cap, since making his league debut against Connacht in April 2010.

CJ Stander will again captain the side from the back of the scrum at number 8 with Dave O’Callaghan and Jack O’Donoghue completing the pack at 6 and 7.

Duncan Williams and Ian Keatley form the half-back partnership while Rory Scannell is paired with his academy colleague and debutant Johnston in the midfield.

Felix Jones makes his first provincial appearance of the season at fullback with new cap Monahan and Andrew Conway taking charge of the flanks.

Successful rehabilitation of a groin strain sustained against Grenoble in recent weeks allows Bleyendaal take his place on the bench, while Cian Bohane is also included after rehabbing a knee injury that kept him sidelined for the past competitive season.