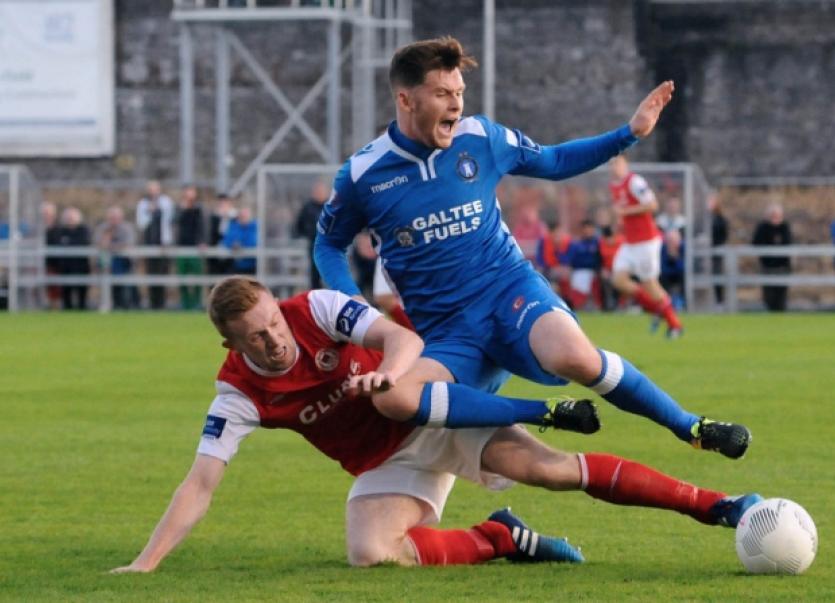 Coming off the back of Limerick’s huge victory over St Patrick’s Athletic, manager Martin Russell believes his side got what they deserved. The Blues have won five of their last six league games and completely outclassed the Saints on the night.

“It’s very satisfying, all things considered. The players have represented the Club once again to the best of their ability and come out with a good result against a very good Pat’s team. They’ve always been an honest group. The couple of bodies we’ve added for healthier competition has helped. They’re getting rewards now for working hard.”

It didn’t look overly promising for Limerick after half an hour – Shaun Kelly was sent off for an off-the-ball incident with American forward Morgan Langley. While there wasn’t a replay available on the night, Russell believes there really wasn’t much in it, but couldn’t comment fully without seeing it back.

“I didn’t see the incident. Until I see it, I can’t comment. We’ll see what footage is there for it – but there didn’t seem to be a lot going on.”

Paul O’Conor was drafted in at right back on the night – after being touted to play at centre half before the game. All in all, Russell appreciates that it has got to be a collective effort if they’re to avoid the drop in six games’ time.

“With the likes of Paul a having to play out of position and the likes of Tony coming in despite not playing much, it’s very much a group effort. We’ll undoubtedly have injuries and suspensions coming up, but we’ve given ourselves a chance.”

Limerick weren’t expected to win the game on the night, and Russell admits he probably would have taken a point beforehand.

“I think with twenty-one points to go, each point is valuable and where we are – you’re not going to turn down one. The three were what we needed though. You do what you can in a game and we’ve come away with a great result.”

Limerick’s next game is in Bray on September 19th – before welcoming Champions and seemingly Champions elect Dundalk to the Markets Field. This is followed by a break for the FAI Cup – and then Limerick return to action against two sides just above them in Galway and Derry. Shamrock Rovers are the last home game of the season before the potentially huge clash with Sligo Rovers the night before Hallowe’en.