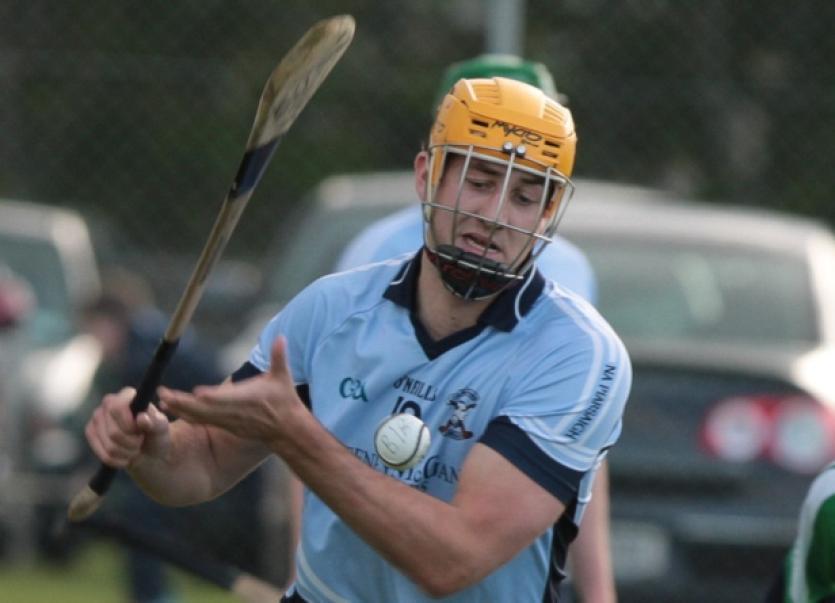 ROUND Three games in the Q3 Securtiy Systems Limerick SHC take place across this week.

ROUND Three games in the Q3 Securtiy Systems Limerick SHC take place across this week.

Jerome O’Connell previews the action in a swift return to action for many of the Limerick hurlers who suffered a heavy Munster SHC defeat to Tipperary last Sunday.

This is top against bottom.

Champions Kilmallock with two wins from two in their title defence and Murroe-Boher without a win to-date.

These sides didn’t meet last year but while The Balbec lifted silverware, Murroe-Boher were consigned to the County Cup.

Despite his inter-county suspension, Seanie Tobin will be available to line out for Murroe-Boher, for whom he has been in sparkling form. Indeed they are over reliant on the inter-county man for scores from play and frees.

Ger O’Louhlin’s Kilmallock haven’t reached the heights of their run to the All Ireland club final but still remain unbeaten.

And, they haven’t been at full strength with Bryan O’Sullivan missing the first two rounds.

Indeed in their win over South Liberties they experimented with Aaron Costello at centre back.

The champions should have too much power and continue on their winning ways.

This is a repeat of the 2013 Limerick SHC final, which Na Piarsaigh won by just two points.

They avoided each other last year and arrive in Clarina both unbeaten in 2015.

But while Na Piarsaigh have two wins, Adare have just two draws.

Shane O’Neill’s Na Piarsaigh know that another win will all but guarantee a place in the knockout stages.

However the Caherdavin men could be down players for this tie and have injuries to Michael Casey and Aidan Hennessy.

They do have David Breen back after injury and his position will be of interest as he was centre forward in round one, but Kevin Downes was absent on that occasion.

Adare need to kick-start their campaign after draws against Ballybrown and Croom.

Inconsistency is the big woe for Ger Hegarty’s side.

This is a clash that includes almost 25% of the Limerick senior hurling panel and all should have a point to prove.

When these traditional rivals met in round one last year it was Ahane that were narrow winners.

This time round it’s Patrickswell that carry momentum into clash of roll of honour leaders.

Ciaran Carey’s Patrickswell bring an unbeaten record to Claughaun in the knowledge that a third successive win will put one foot into the knockout stages after two years outside of the business end of the championship.

Ahane lost to Kilmallock in round one and just held off a late charge from Effin in the previous round.

They positioned Dan and Tom Morrissey in the half forward line on that occasion and will need to do well in this area with The Well half back trio of Seanie O’Brien, Diarmuid Byrnes and Mark Carmody key to their game.

When the sides met earlier in the year in the ACHL, Patrickwell were three point winners and have progressed to win four of their five games.

Ahane are less consistent and could again face defeat.

The last championship meeting of these sides was in 2012 - in the Limerick IHC.

Ballybrown recorded a win on that occasion enroute to the intermediate title.

Bruff progressed to win that year’s County Cup and followed the Clarina men back into the senior ranks last Autumn.

Bruff began life in the senior ranks on a high with success over Croom but then fell to a big defeat to Doon.

On the other hand, Ballybrown have faced Adare and Na Piarsaigh in their opening two games and have positives to take from both, although only managed one point from the two games.

Alan O’Connor missed the loss to Na Piarsaigh but should return. Against the city side other forwards stepped up to the mantle in O’Connor’s absence and a continuation is needed for Eoin Brislane’s side, who are yet to score a goal in two games. Bruff have scored just one goal.

Ballybrown have faded late-on and if they are rectify this, can get a first win.