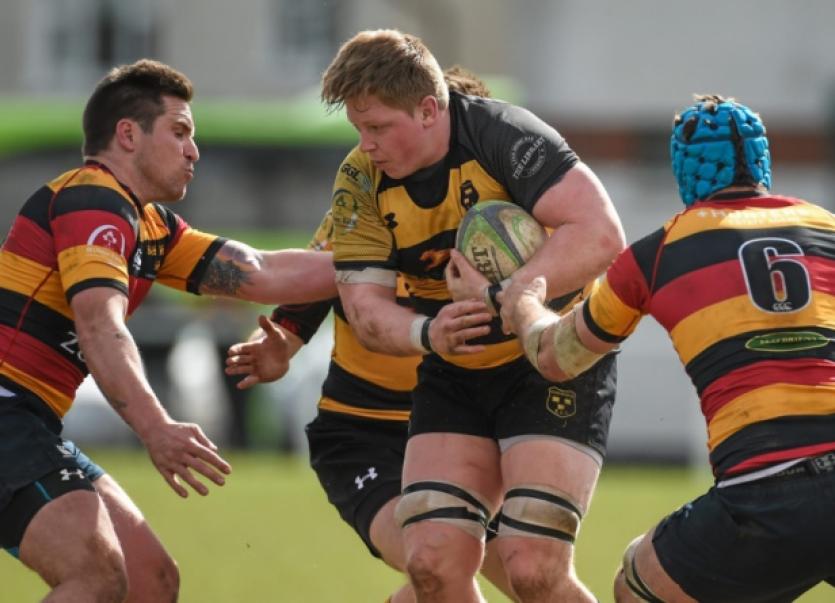 Young Munster set up a Division 1 semi-final showdown with Lansdowne on the back pitch at the Aviva Stadium after recording a thrilling 15-5 victory over the same opposition at Clifford Park on Saturday. Munsters’ leapfrogged Ballynahinch into fourth place in the table through a combination of their impressive win and the Ulster side suffering a dramatic home defeat to Clontarf.

Munsters’ reward for their fourth-place finish is an away semi-final with the 1A leaders Lansdowne on April 25. Kick-off is at 2.30pm. Munsters have enjoyed a strong finish to the regular season as the Clifford Park side was in the relegation zone at the end of February.

In the second Division 1 semi-final, Terenure College will host Clontarf at Lakelands.

Meanwhile, Garryowen will get a second shot at earning promotion to 1A for next season in a promotion play-off game against St Mary’s College at Templeville Road on April 25.

Garryowen’s hopes of gaining automatic promotion to 1A were dashed on Saturday when the ‘light blues’ suffered a frustrating 17-13 defeat away to 1B winners Galwegians on Saturday.

Conan Doyle’s side secured second place in the table after picking up a losing bonus point from their trip to Crowley Park. As the second-placed side in 1B, Garryowen will face St Mary’s College, who finished second-from-bottom in 1A in their play-off game on Saturday week.

Following the completion of the regular season, it has been confirmed that both UL-Bohemian and Shannon will compete in Division 1B of the AIL next season. Thomond will be in 2A, while both Old Crescent and Bruff will compete in the new Division 2C. Richmond will return to junior ranks after being relegated from the league at the weekend.