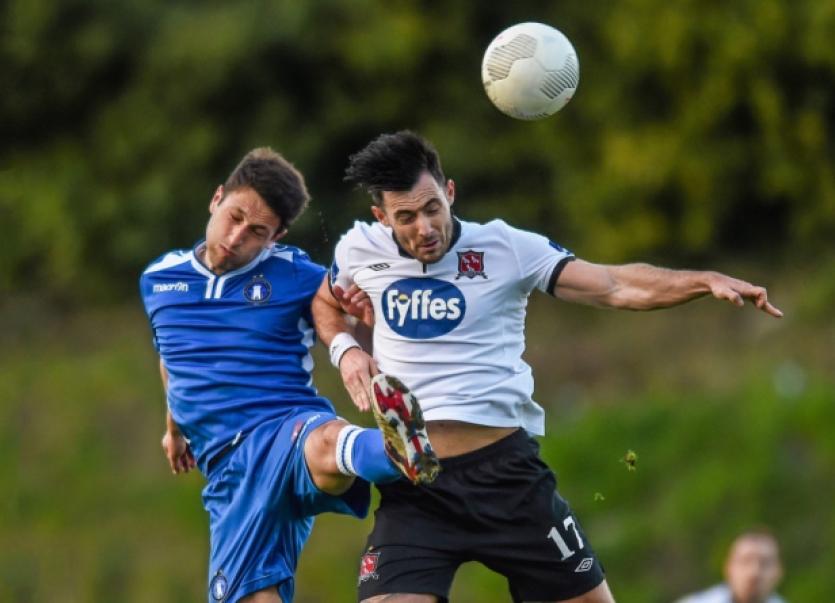 BASEMENT side Limerick FC will be desperate to record their first win of the SSE Airtrcitity League Premier Division season when locking horns with fellow strugglers Galway United at Eamonn Deacy Park on Friday night.

BASEMENT side Limerick FC will be desperate to record their first win of the SSE Airtrcitity League Premier Division season when locking horns with fellow strugglers Galway United at Eamonn Deacy Park on Friday night.

Martin Russell’s Limerick side dropped to bottom place in the top flight table on the back of a disappointing 4-0 defeat to Bray Wanderers at the Carlisle Grounds on Saturday.

The Blues have taken just three points from their opening seven league fixtures, the same number as Friday’s opponents Galway. However, Lims are rock bottom as a result of their inferior goal difference.

While Russell’s side has scored just five goals in their opening seven league fixtures, they have conceded a whopping 18 goals.

Friday night’s trip to Galway is the first of two crunch games for the Shannonsiders in the space of 72 hours.

Manager Russell admitted Saturday night’s thumping at the hands of Bray came as a ‘big knock’ on the back of his side’s encouraging home draw with league champions Dundalk.

Russell said: “The Bray defeat was a big knock. When you are coming away from the game the feeling is one of massive frustration. When people look at the scoreline, they will think it was an easy win for Bray, but we had tree times as many corners as they had, we missed we many if not more chances than they missed. Frustration in a big way. But that’s the nature of the game. You have to bounce back from these disappointments and that is what we will try and do. It shows the highs and lows of the game in the space of a week.

“Things can change quickly. You look at the two wins Bray have had recently. We need to get those wins to give us a better outlook.

“We go to Galway on Friday. They were unlucky not to get something from their game with Sligo last weekend. I am sure they were equally frustrated after that game.

“Friday is a game where if we can continue doing the stuff we have been trying to do, we can come away with a win. We need to be more ruthless, both in terms of defending and also in taking our chances. They are the key ends of the game, which define who wins and loses.”