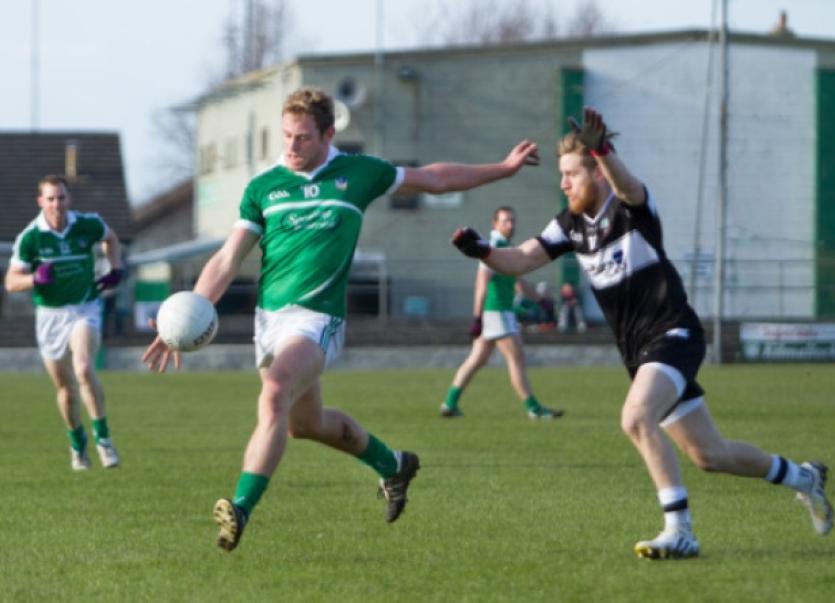 LIMERICK got their Allianz National Football League Division 3 campaign off to a winning start when defeating Sligo 0-14 to 1-9 at Kilmallock on Sunday.

LIMERICK got their Allianz National Football League Division 3 campaign off to a winning start when defeating Sligo 0-14 to 1-9 at Kilmallock on Sunday.

For ten anxious minutes in the middle of the second half, disaster looked very much on the cards for Limerick as Sligo forged ahead for the first time after they grabbed the game’s only goal.

It would have been a most unfortunate outcome. Apart from that one wobbly period, Limerick were clearly the better side, showing more hunger, more composure, more physicality and more imagination in almost every sector of the field.

Yet they led by just two points at the break and were just three ahead when the pendulum suddenly swung in the Westerners’ favour.

Skinning his marker once again, corner-forward Mikey Lyons could have tied up the result ten minutes into the second half but his low drive skimmed inches past the upright. Sligo broke from the kickout, got the ball down to leading marksman Adrian Marren and his shot past Brian Scanlon turned what should have been a six-point deficit into an equalising goal.

The change in fortune didn’t end there. Three quickfire points and a stunned Limerick were staring defeat in the face. Yet just as they were being lined up for the knockout blow, Brian Curran, who had already been yellow-carded, picked up a black for a foot challenge.

The extra man proved to be as effective as the smelling salts and, once the resulting free sailed over, Limerick rediscovered their shape and steamrolled home to a deserved victory.

Limerick are back in action next Sunday when they travel to take on Tipperary. Tipp were beaten by Armagh in their opening game on Sunday.

And after that Limerick’s next home game is against Kieran McGeeney’s side in Round 3 on Sunday, March 1. Limerick will then be away to Wexford and Fermanagh on successive weeks in March before finish up at home to Clare and then away to Louth.