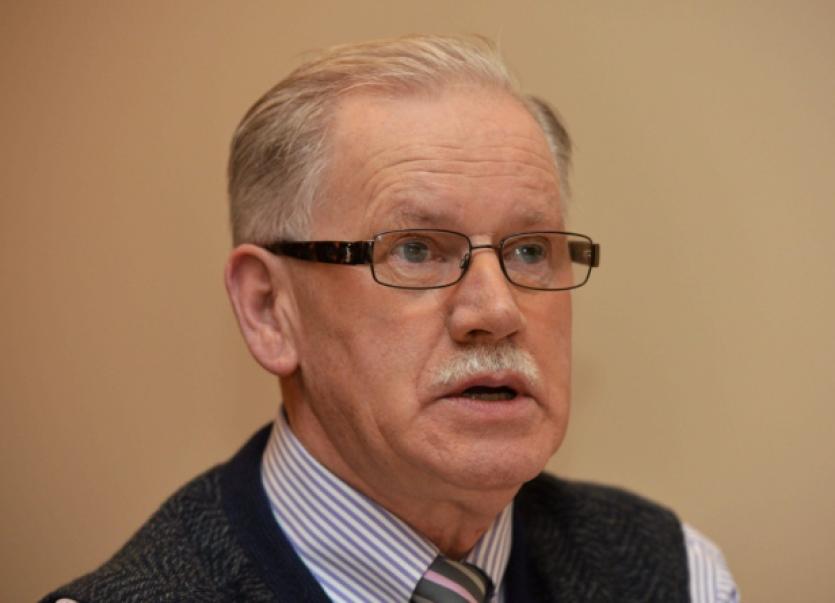 LIMERICK FC Chairman, Pat O’Sullivan has said his family company, Galtee Fuels, can no longer continue to fund the club to the level they have in the past number of seasons.

LIMERICK FC Chairman, Pat O’Sullivan has said his family company, Galtee Fuels, can no longer continue to fund the club to the level they have in the past number of seasons.

Fears have been expressed in recent days over the financial footing of the club after a number of administrative staff were let go last week as well as the lack of high profile signings made by Limerick FC ahead of the start of the Airtricity League Premier Division on March 7.

In a statement on the club website this Tuesday, Chairman O’Sullivan stressed the need for the club to ‘learn to live within its means.’

Limerick FC was hit by a significant fall-off in attendances last season at their home games in Thomond Park which hit the club financially. The club will play its home games in 2015 at the Markets Field.

Pat O’Sullivan said: “The O’Sullivan Family and their company, the club’s main sponsor Galtee Fuels, over the past 12 months have made it clear that they can no longer continue to fund the club to the level that they have in the past number of seasons. . . . . .

“With the reduction of the significant annual sponsorship that has been provided by Galtee Fuels and the O’Sullivan Family over the past six years, this requires that the club must now learn to live within its means. A position which should not be uncommon or a surprise to many individuals and companies that has observed what has happened in our country over the past number of years.

“I am committed to ensuring the long-term sustainability of Limerick senior soccer which brings many social benefits to our community.”

Pat O’Sullivan explained that his reason for getting involved in senior soccer in the city was driven by a number of factors, ‘including using sport to change the perception of Limerick at the time which had significant ongoing anti-social issues.’

O’Sullivan said his involvement with Limerick FC began on July 12, 2009 when he attended a public meeting.

“This meeting was for the purpose of trying to raise funds to keep the club alive as the then owner of senior soccer had given written instructions that unless financial support from the people of Limerick was given then the club was to be closed down the following day. At this meeting I was the only person that stated that I was willing to give financial support to the club. On the 14th July I put the club in funds to meet its immediate financial needs.”

O’Sullivan said that his commitment at that time was to bring the club to Premier Division status, to return the club to the Markets Field, to ‘put the club on a sustainable pathway through the development of underage structures, and to find a suitable base for the club to call its home’ and to ‘ensure that soccer continued to be the largest played sport in the region.’

O’Sullivan pointed out that the club had bridged the gap from schoolboys to the senior side. He pointed out that Limerick FC have an Under-19 team playing in the Elite League, with a national Under-17 team commencing in August.

O’Sullivan added: “We have produced in excess of 20 young international players playing for Ireland. Over the past two weeks, seven Limerick youths played International soccer for Ireland.

“The purpose of the investment in the underage structure was to provide a conveyor system of local players for our senior team, and we have achieved this.

“We support ladies soccer; we would like to do much more here. We fully fund and sustain special needs soccer teams.

“Limerick senior soccer has never had a home of its own. We have now addressed this matter by the purchase of the FCJ convent in Bruff, along with extra lands which will become a regional Centre of Excellence for soccer when completed, for which we expect full planning permission during February 2015.

“The club will also return to the Markets Field in March 2015 which had been one of my original ambitions.

“I wish to thank all who have supported the club over the past years – commercially, voluntary and paid employees – and I look forward to your continued support to achieving the further development of Limerick soccer and its collaboration with other sports to assist in the process of healthy living particularly for our valued youth.”