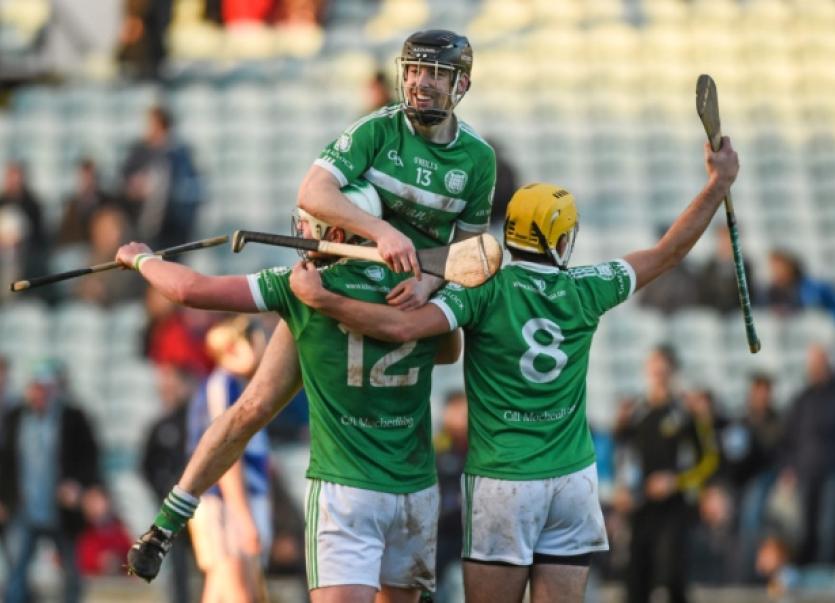 NEWLY crowned Munster champions Kilmallock have been heralded as a “special group”.

NEWLY crowned Munster champions Kilmallock have been heralded as a “special group”.

Winning manager Ger ‘Sparrow’ O’Loughlin heaped praise on his players after Sunday’s thrilling final win over the champions of his native Clare.

In 1997 O’Loughlin won this title as a player with his native Clarecastle but yesterday was lost for words in praise of his Kilmallock side.

“In my opinion they are winners - they want to win and they showed that again when we went down to 14-men and such a loss Gavin O’Mahony to be,” said the former Clare senior manager.

“I said it to the guys before the game that this game was there for the winning and felt that I had a team capable of putting on a display and I think they did that today - this particular group are a special group,” said O’Loughlin.

“I think it was a game that for a what both sets of management had no control over what was going on, if the truth be known because there was so much happening,” he said with a broad smile.

“The bottom line is that our name is written on the cup and an awful lot of hard work is gone into it.”

“It was one of those games - the game ebbed and flowed and there were scores being got from 70-80 metres out and they were fantastic. It was one of those games - other days if you conceded what we conceded you wouldn’t win matches but it was an open type of hurling and luckily we were able to out shoot them. We worked awful hard and deserved the victory with some fantastic scores.”

His side weathered an early Cratloe storm.

“Cratloe were moving all over the place, which we expected, but they looked to be getting through very easy at the start and for the first 15-minutes but we just held our nerve to stem the tide and then we got on a roll and they didn’t score for a while. Being truthful if they had got those goals we were probably gone - they are the facts. We had rehearsed that we were going to be under pressure and that we would have to come back and try and track back in a rotation system to counter act that,” outlined O’Loughlin of the opening half when Cratloe had four clear goal chances.

“I just think we didn’t panic after they got the goal and we had the bad start. Its very hard to stop them, they are like a rolling train when they are running at you - they could get out of control and you would be unable to counter act it but thankfully we did.”