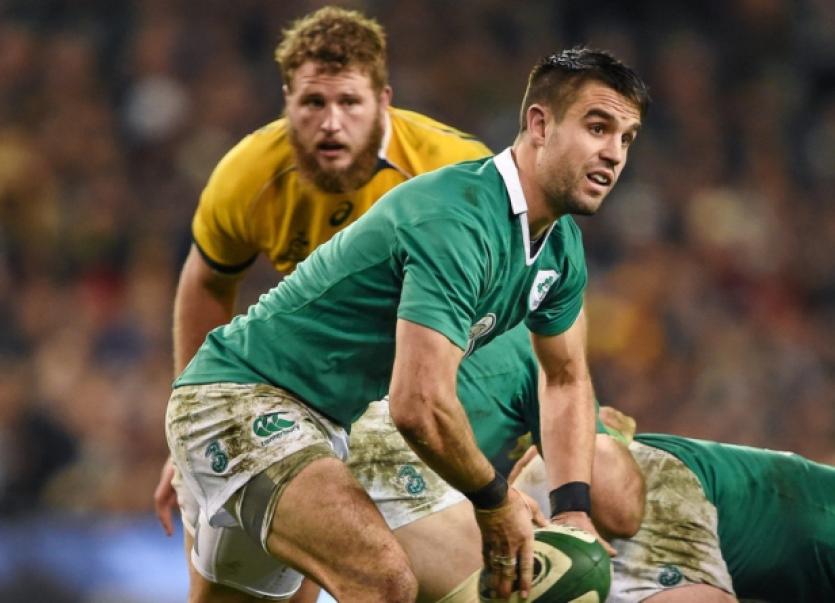 IT was a successful weekend for both Ireland and Munster, while on the local club front, Limerick sides experienced mixed fortunes in the Ulster Bank All-Ireland League.

IT was a successful weekend for both Ireland and Munster, while on the local club front, Limerick sides experienced mixed fortunes in the Ulster Bank All-Ireland League.

YOUNG Munster lost ground in their bid to secure a top four, play-off, spot after suffering a 28-21 defeat to Lansdowne on the Aviva Stadium’s back pitch. Munsters’ did pick up a losing bonus point and while the Greenfields side has dropped to sixth place in the table, they are within two points of third-placed Clontarf.

Munsters’ face two key fixtures in the AIL before the Christmas break as John Staunton’s side host ‘Tarf at Clifford Park on Saturday, December 6, while they travel to Ballynahinch on December 20.

2. GARRYOWEN ON THE RISE IN 1B

While both UL-Bohemian and Shannon have been dogged by inconsistency in Division 1B, Garryowen have maintained their impressive promotion push. The third-placed ‘light blues’ collected their sixth win in eight games when edging out Malone at Gibson Park on Saturday.

Conan Doyle’s Garryowen side are one point behind second-placed Ballymena in the table. Meanwhile, UL-Bohs’ moved up to eighth place in the table despite suffering their sixth successive defeat in the league.

The Annacotty side were undone by a late try against Buccaneers on the back pitch at Thomond Park.

Shannon are now just three points off bottom-placed Belfast Harlequins are suffering a heavy 43-15 defeat away to Ballymena. Shannon, who shipped six tries, had to play for 70 minutes with 14 players following the red-carding of one of their players.

MUNSTER received a timely boost ahead of key Guinness PRO12 and European Champions Cup fixtures with a 38-12 bonus point win over the Dragons at Rodney Parade.

The win took Munster up to third place in the table ahead of this Friday night’s glamour clash with Ulster at Thomond Park, 7.35pm.

Hooker Duncan Casey scored two of the five Munster tries, with number eight Robin Copeland, centre Andrew Smith and wing Ronan O’Mahony all crossing the Dragons line, while fly-half Ian Keatley landed a penalty and converted all of the tries.

IRELAND completed a clean sweep of November international wins with an epic 26-23 success over Australia at the Aviva Stadium on Saturday evening.

The win, on the back of the earlier success over South Africa, is a major boost to the Paul O’Connell-captained Irish side ahead of next September’s Rugby World Cup.

The inspirational O’Connell turned in a Man of the Match display in the Irish engine room, while his Munster team mate Simon Zebo grabbed a precious first half try.

It was a disappointing weekend for Newcastle West who made their exit from the All Ireland Junior Cup with a defeat by Dundalk. A very large crowd turned up at Cullinagh for their All-Ireland quarter-final tie with Dundalk but it was the experience of the Leinster League leaders that decided the tie as they ran out 24-10 winners.

Sean Herlihy scored a penalty in the opening half for Newcastle West and he converted a try by James Kelly late in the game.