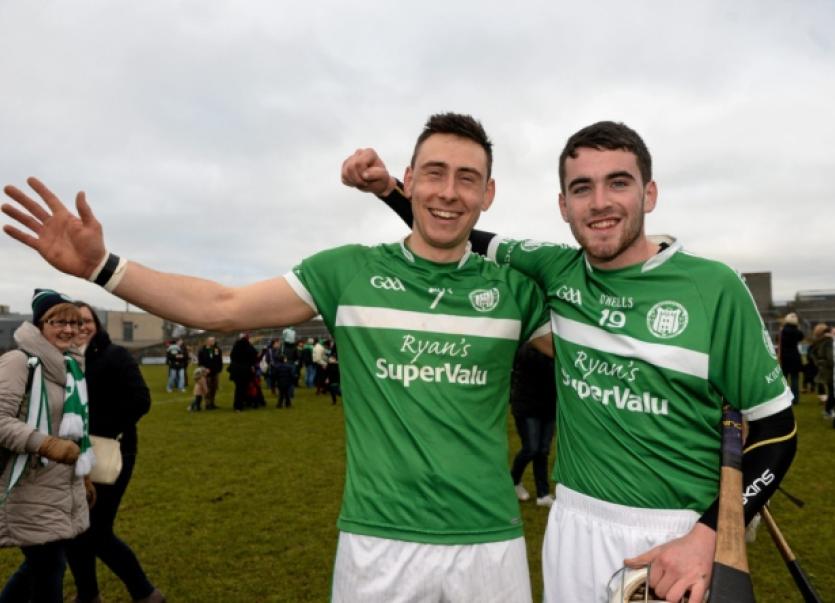 KILMALLOCK manager Ger O’Loughlin says his side will have to show considerable improvement if they are to have any chance of winning this year’s All Ireland Club final.

KILMALLOCK manager Ger O’Loughlin says his side will have to show considerable improvement if they are to have any chance of winning this year’s All Ireland Club final.

The Clarecastle native oversaw a relatively easy win over Down and Ulster champions Portaferry on Saturday in Mullingar but he was quick to acknowledge afterwards that a repeat display wouldn’t be good enough against the five-time champions Ballyhale Shamrocks on St Patrick’s Day.

“I was fierce nervous coming up today,” admitted O’Loughlin afterwards, “because this was the type of one that if you weren’t tuned in you’d get caught.

“We were far from being the finished article, I’d have to say that today. We just got on top ... but we would want to improve an awful lot to get over the next step.

“Thankfully we are there to be able to deal with that. We have plenty of room for improvement but what we wanted today was a victory at all costs. We need to sharpen up.”

Paddy O’Loughlin’s goal gave them a dream start and despite not hitting top form, they never looke back from that moment.

“I would have taken that and going in five points up as well. But we had some very poor wides and we have to work on that.

“The lads know that we might never get a chance like this again. We’re really looking forward to the next four or five weeks of really hard training and a couple of good challenge matches. The one thing about this group is they know that wouldn’t be good enough today and they know where they need to get to. On the 17th of March I’ll guarantee you one thing - they’ll give it everything.

“We got good scores at times and we finished the couple of goal chances well and we looked sharp enough at times. But at times we were falling over the ball and our touch wasn’t great. So I just know in my heart and soul that that wouldn’t be good enough the next day.”

It’s over a year now since Kilmallock got together for the start of the 2014 season, and little did they think then that it would lead to a big day out in Croke Park.

“We’ve been together now 13 going on 14 months and we realise that all the hype in the town can be there,” added O’Loughlin.

“But these lads realise as well that once we get back into training on Tuesday night that we have to re-focus. Our job is to come up and win the All Ireland club.”