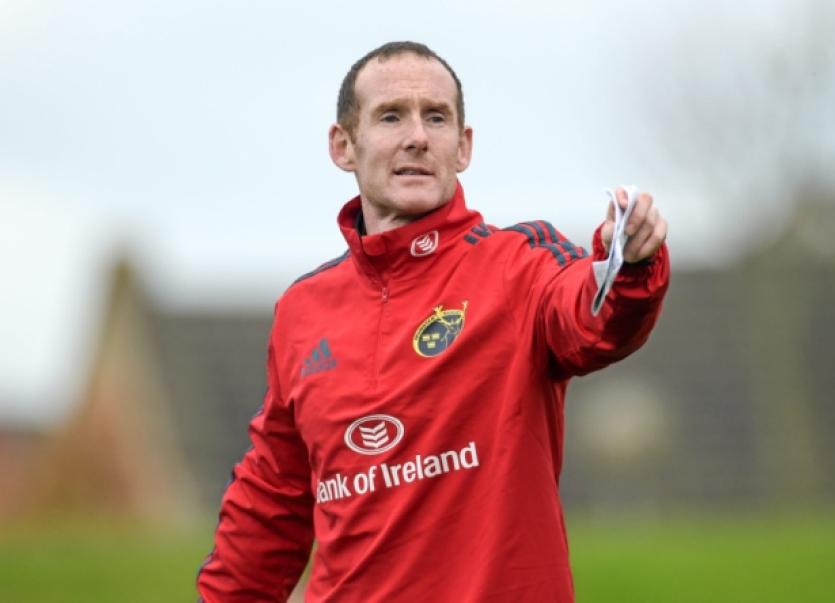 Third-placed Munster will look to extend their winning run to seven games in all competitions when second-placed Ulster visit Thomond Park, 7.35pm (Live on TG4)

The game is Munster’s final fixture before the back-to-back Champions Cup fixtures with French Top 14 high-flyers Clermont, beginning with the home leg at Thomond Park on Saturday, December 6.

Ian Costello said: “Yeah (Ulster) for us it is a great fixture to have leading into a Champions Cup. That is what you want. You want something where it can be at an intensity similar to European Cup and I think that is what all the top four PRO12 games are and the derby games add that bit of an intensity that hopefully will follow through into the games against Clermont. Last year they came down with an understrength side and they beat us in Thomond Park and I think we are talking about that now.”

Munster’s returning Irish internationals will be integrated into the squad as this week continues. The province’s management team is due to learn today, Tuesday, which of their Ireland players will be available to start Friday night’s inter-provincial clash. Scrum-half Conor Murray will continue to follow and complete the Head Injury Assessment (HIA) process following the knock he took during the course of Ireland’s win over Australia.

Munster’s Argentine hooker Eubesio Guinazu was a late withdrawal on Friday night with a tight hamstring and he will undergo further assessment this week. Winger Andrew Conway, who was replaced in the first half against Newport Gwent Dragons, sustained a concussion and is currently following return to play protocols.