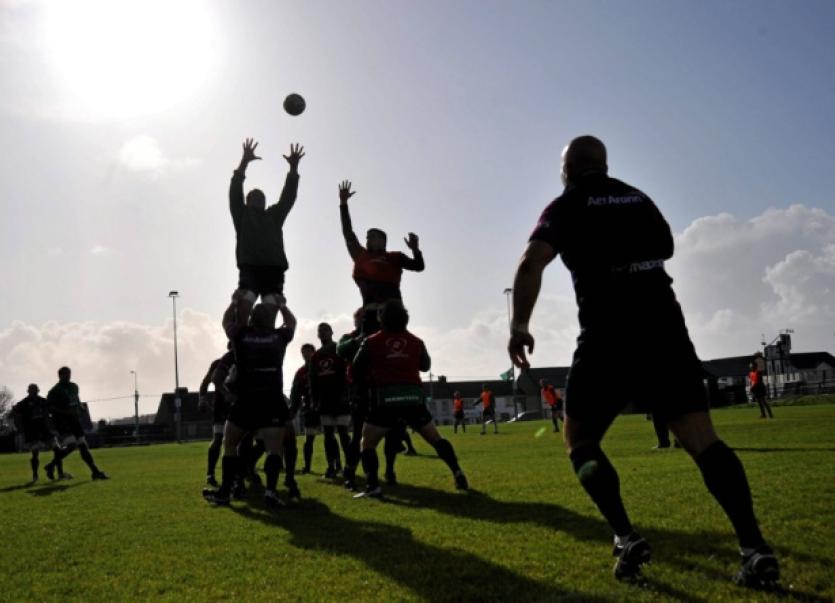 YOUNG Munster dropped to sixth place in Division 1A of the Ulster Bank All-Ireland league following their 28-21 defeat to second-placed Lansdowne on the Aviva Stadium’s back pitch on Sunday.

YOUNG Munster dropped to sixth place in Division 1A of the Ulster Bank All-Ireland league following their 28-21 defeat to second-placed Lansdowne on the Aviva Stadium’s back pitch on Sunday.

Munsters’ scored three tries in picking up a losing bonus point, but John Staunton’s men have dropped out of the play-off places.

Lansdowne led 14-0 by the 10th minute, with flanker Joe McSwiney scoring after blocking down a Willie Staunton kick and a multi-phase move saw Adam Boland set up lock Stephen Gardiner for a classy second try.

Former Munster player Scott Deasy added both conversions for the Dubliners and it was not until the stroke of half-time that Munsters responded, Staunton providing the assist for replacement Derry O’Connor to go over.

A 42nd minute try from centre Tom Farrell and McSwiney’s second of the afternoon, from a maul this time, gave the hosts their bonus point. But the Limerick side came back hard at them in the final quarter, claiming a penalty try and a Rob Guerin five-pointer while Lansdowne had two players in the sin-bin.

The Limerick side had plenty of possession late on as they pushed for further reward, but Ruddock’s charges eventually held out for their sixth win of the campaign.

While Munsters have dropped to sixth place in the top flight table, the Greenfields side lie just two points off third-placed Clontarf.

Munsters take a break from AIL action next weekend as Thomond provide the opposition for a fascinating Munster Senior Cup quarter-final tie at Tom Clifford Park.