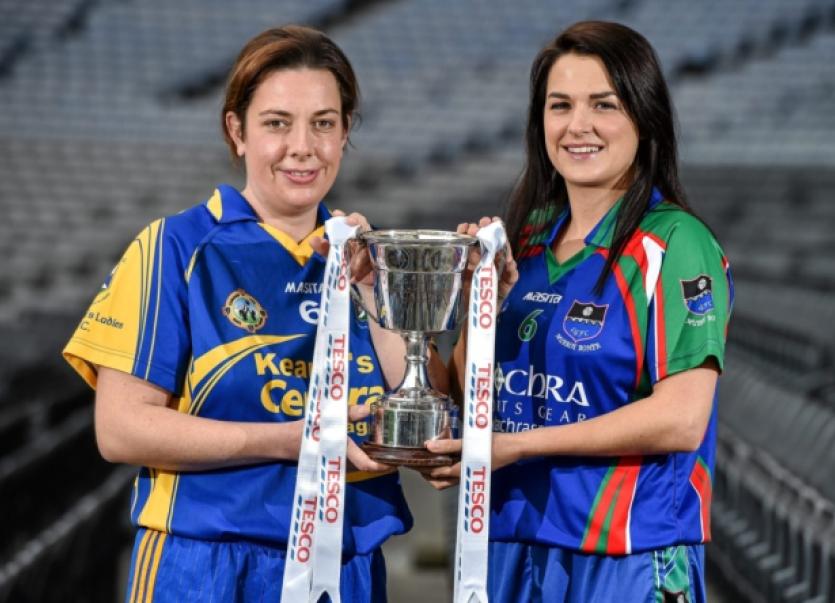 The east Limerick side are bidding to to join Gerald Griffins as Limerick’s only All-Ireland club champions.

In February Murroe-Boher Ladies football club took a giant step forward when they fielded an adult team for the first time.

No one could have predicted that nine months later they would contest an All-Ireland final.

“I would have laughed if you told me,” said team manager Noel Regan this Wednesday ahead of Saturday’s All-Ireland final against the Roscommon and Connacht champions.

“We started up the club in 2009 and we had just an U-12 team but every year since we have progressed and now have everything from U-8 all the way up along to adult with over 100 girls playing ladies football,” explained Regan, who is joined in the management team by Donal Ryan and Helen Regan.

“We knew at the start of this year we had to provide an adult team for the girls that were getting ready to leave our underage teams. We were so lucky that a few girls from the area who played previously with other clubs came back to play with their local team. And, Monaleen didn’t field a team this season so have a couple of girls from there also,” outlined the manager.

“This team is based largely on our exceptional U-16 team, who won the club’s first ‘A’ championship this year. We are an extremely young team with three 15 year olds, eight U-16s, three 17 year olds and three 19 year olds - I think the average age is 19,” explained Regan.

Such is the work undertaken by Murroe-Boher that two years ago they lost the county U-14 final by over 20-points and returned this year to win the U-16 title at their ease.

“To be fair there is a great bunch of girls in the parish at the moment. A very strong sporting ethos that has been them win premier soccer titles at U-16 and minor and also the camogie team were successful,” said Regan.

“The girls have done exceptionally well. We started out to play our very first game in February in the Limerick Novice League. We have won 17 games since without a defeat,” outlined Regan.

So impressive were the new team in winning the novice league title against Knockainey that the County Board asked the club to consider moving up a grade in the championship.

“We went in to the intermediate championship and eventually beat Feohanagh-Castlemahon to win that title and that earned us the right to represent Limerick in the Munster junior championship,” outlined the proud manager.

Clare champions Eire Og of Ennis and Waterford’s St Patricks were beaten to book a provincial final against Cork’s Fermoy.

Next up was the All-Ireland quarter-final when they were on their travels to Holland’s Maastricht to play Belgium. They booked Saturday’s All Ireland when beating Dee Rangers of Meath in the semi-final.

“We would never have thought about All-Irelands when we set out this year but all the girls that been exceptional. All we want now on Saturday is to perform as good as we can. That is all that we can ask for an All-Ireland final and hopefully that will be good enough to win on the day,” said Regan.