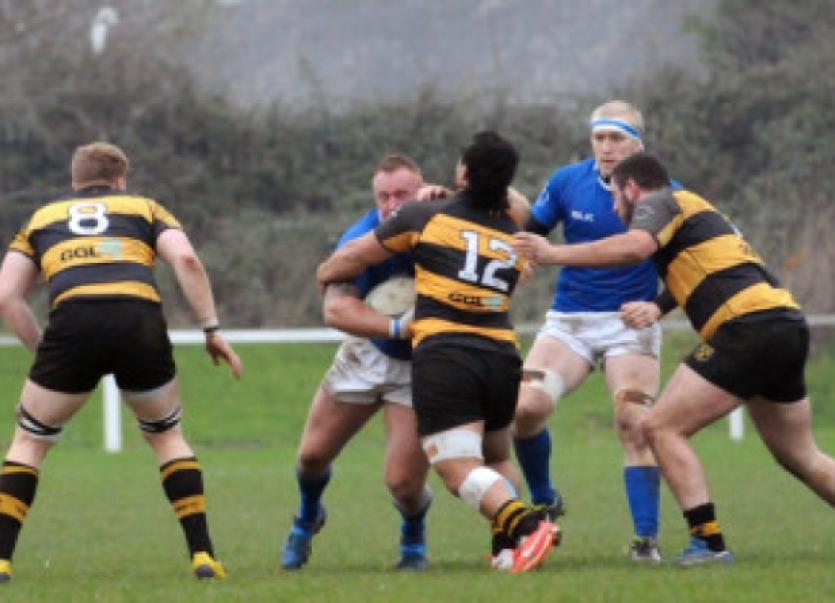 UL-BOHEMIAN set up an all-Limerick Munster Senior Cup semi-final showdown with Garryowen after stunning AIL 1A Dolphin on the back pitch at Thomond Park this Saturday.

UL-BOHEMIAN set up an all-Limerick Munster Senior Cup semi-final showdown with Garryowen after stunning AIL 1A Dolphin on the back pitch at Thomond Park this Saturday.

Young Munster are also through to the last four of the Cup where they will meet Cork Constitution at Temple Hill next month following the Greenfields side’s impressive 30-3 win over Thomond at Tom Clifford Park.

UL-Bohs, who have lost their last six games in Division 1B of the AIL, made a slow start again against Dolphin and trailed 15-6 in the opening half. However, two Rory White tries and one from Tim Rafferty, as well as some excellent goal-kicking from Shane Airey, helped the Annacotty side come storming back to record a 36-22 win. Head coach Colm Tucker will hope the success can inspire a revival in UL-Bohs’ AIL fortunes.

UL-Bohs will host Garryowen in a meeting of the last two beaten Munster Senior Cup finalists at the semi-final stage of the competition Saturday, December 13.

Garryowen led Cashel 12-6 at half-time thanks to four penalty goals from the boot of Jamie Gavin. While the Tipp side drew within three points early in the second half, the ‘light blues’ powered clear with three tries from scrum half Neil Cronin - who was on the bench for Munster against Ulster in the PRO12 on Friday night - captain Dave Sherry as well as a penalty try late on.

Meanwhile, at Clifford Park, an early Sean Rennison try put Young Munster on the road to a 30-3 thumping of Thomond in their quarter-final clash.

The prospects of an upset had disappeared by half-time as the Division 1A side led their 2A opponents 16-3 with Gearoid Lyons kicking three penalty goals. Munsters’ added two further tries in the second half from Ger Slattery, following a well-executed maul, and replacement David O’Mahony who showed a good turn of pace to score in the right corner.

Bruff suffered a 30-8 defeat to Cork Constitution in the remaining quarter-final at Temple Hill on Saturday night.

The Limerick side trailed 8-18 at half-time with their points coming from a Danny Keogh try and a Paul Downes penalty. The holders added 12 unanswered points in the second half to reach another semi-final.