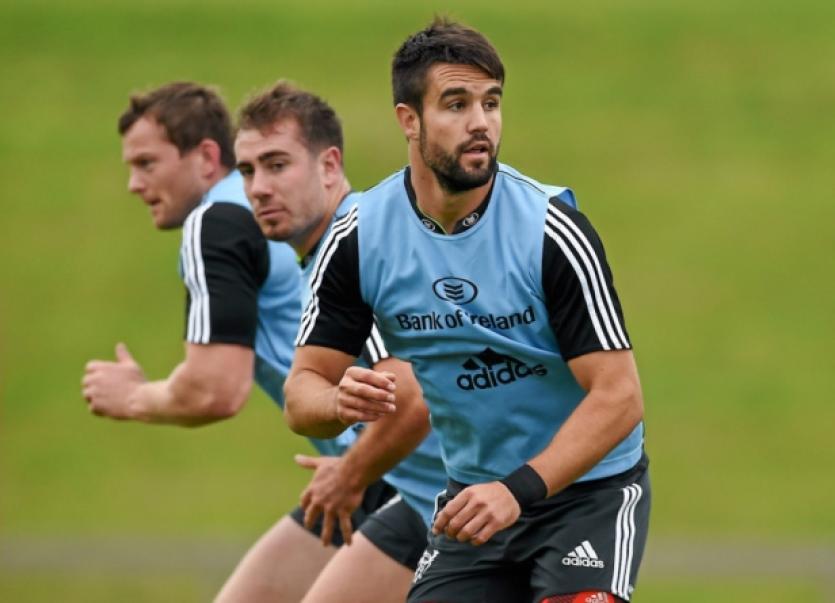 Anthony Foley’s side will be anxious to end their three-game losing run at Thomond Park in the PRO12 when the Italian side comes to town.

Munster picked up their first win in the competition this season away to another Italian side, Treviso, on Friday night last.

Talismanic second-row Paul O’Connell had been due to make his seasonal bow against Treviso, but withdrew from the squad late on due to personal reasons.

Anthony Foley said: “There are more fellas back for Friday night. Paul (O’Connell) will be back in the squad. Conor Murray is in the squad, JJ (Hanrahan), Dave Kilcoyne is back too.

“It does make for interesting selection in terms of the fellas going forward. But that is what we need. We need that competition within the squad. Hopefully we see that in the game on Friday night.”

Foley said both Peter O’Mahony and Donnacha Ryan were ‘going well’ with their recovery from injury.

“Peter is doing a bit more contact there today (training at UL). He has another few weeks to go. The urge would be to get him back quickly, but I don’t think that’s the right thing to do. We will see what he reports after training today and make a call from there.

“Donnacha Ryan is seeing his surgeon again on Friday, so we will know more after that. He has been (doing some) training for the past two weeks.”

Foley said Keith Earls is ‘another couple of weeks away’ from returning. Munster’s new Argentinian hooker Eusebio Guinazu, who has signed on a short-term deal, is due to arrive this week.