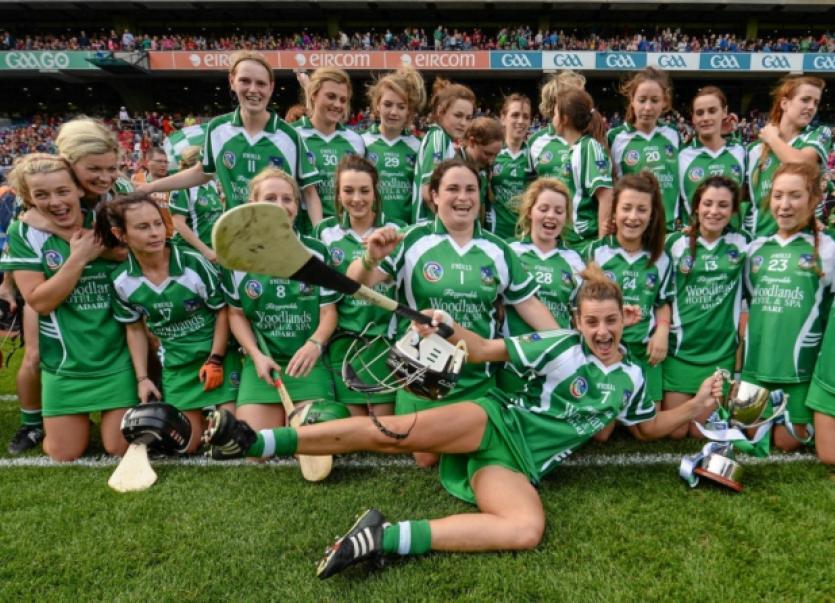 Twitter came alive on Sunday after the Limerick camogie team claimed All Ireland honours in Croke Park. We’ve picked out some of the best tweets.

Twitter came alive on Sunday after the Limerick camogie team claimed All Ireland honours in Croke Park. We’ve picked out some of the best tweets.

“What an incredible feeling waking up this morning as all ireland champions!!what a difference a year can make..one team,one big happy family.”

“What a feeling waking up this morning. Thanks so much for all the support. What a family! #LuimneachAbu #ruthless”

Carey was a key player for Limerick all year and was understandably thrilled with the win.

It was a family affair for the Mulcahys from Ahane as the three sisters claimed All-Ireland glory.

“An amazing team to be part of! Definitely worth playing on a torn cruciate since last March! #tearsofjoy #ruthless”

Katie has been struggling with injuries but will now feel the pain was worth it after Limerick were crowned champions.

“Days dnt get much better than this! not a bad 1 4the family!thanks to every1for all d well wishes! #LuimneachAbú”

After winning player of the match, Niamh’s day was made all the more special after sharing it with her two sisters.

After captaining the Juniors to victory over Carlow, Noreen topped off a great year for Limerick camogie as part of the panel for the Intermediate success.

“All Ireland champs! What an unbelievable year - unbelievable feeling! What a difference 12 months makes #luimneachabu #delighted

After the disapointment of last year, Limerick camogie is back with three All-Ireland titles in the back.

“All Ireland champs been a long road to get there.. Wat an amazing feeling #ruthless #luimneachabu”

Lorraine was happy to see her side bounce back from last year’s final defeat to final get the trophy and promotion to Senior camogie.

Rebecca was outstanding yesterday and claimed her second All-Ireland medal of the year - after the minors’ success earlier this year.

“What a feeling what a day what a year! This years clean sheets feels a lot better than last years #ruthless #gkunion”

Recently crowned Limerick’s player of the decade, Sile capped off a remarkable week with a clean sheet in the final and an All-Ireland title.

It doesn’t get much better than this for Karen, who will be hoping to add more titles in the future with Limerick.

“Congrats to the victorious Limerick Camogie team, who arrive home at the Woodlands Hotel Adare at 6pm this evening.”

The Sunday Game anchor was also on hand to congratulate Limerick on their great win.

“Congrats to Joe Quaid and Limerick camogie on winning the all-lreland today. All the hard work has paid off”

The Limerick legend and current Bruff hurling manager was also impressed by the Limerick boss who has also had success at under-age hurling in the county.