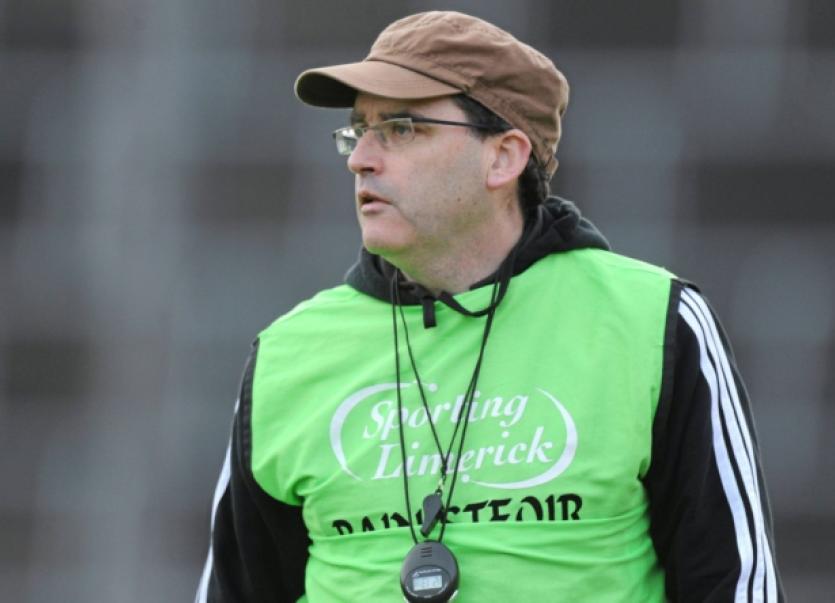 THE quarter-finals of the Limerick SHC take place this Saturday evening as a double-header in the Gaelic Grounds.

THE quarter-finals of the Limerick SHC take place this Saturday evening as a double-header in the Gaelic Grounds.

Champions Na Piarsaigh and Doon await the two winners in the semi-finals.

Saturday September 20 at 6.00 in the Gaelic Grounds

KILMALLOCK manager Ger O’Loughlin will find himself in an unusual situation this Saturday.

Many a time he patrolled the Gaelic Grounds sideline in the colours of Adare, but this time round he finds himself plotting the downfall of his former charges.

O’Loughlin won a hat-trick of Limerick SHC crowns with Adare and indeed returned to the club in 2012. He guided them to the county final that year when they were beaten by Kilmallock!

A former Clare hurling manager O’Loughlin, was with Newtownshandrum last year before replacing Tony Considine with The Balbec for 2014.

Adare meanwhile have former Limerick minor hurling boss Shane Fitzgibbon at the helm and he is joined by his former county coach Ger Cunningham.

The two clubs are powered by inter-county stars.

Graeme Mulcahy is now Kilmallock captain and the likes of Paudie O’Brien, Gavin O’Mahony and Eoin Ryan continue to be central figures in every game. O’Loughlin has tried to add a freshness to their unit with Aaron Costello, Benny Burke, Conor Barry and lately county minor Robbie Hanley all options.

The engine room is very much O’Brien and Ryan in midfield and John Fitzgibbon and Jody Hannon face a massive task to stop this duo - who not only dominate possession but also contribute scores from play.

Kilmallock have put up some big points tallies but a look at their stats shows just three goals in five group games.

There is big experience in the Adare defence but even against Patrickswell last weekend they were caught for mobility at times. They have also conceded a lot of goals this season.

Regular full back John Paul Healy was missing against The Well but Wayne McNamara continues to be a driving force from centre back and is team captain this season. He will come into direct battle with Gavin O’Mahony, who prefers to play a loose role at No11, while McNamara likes to anchor.

A Man of the Match display from either could swing matters towards their team.

At the other end of the field, Adare have up some big scores and that appears to be without Declan Hannon hitting top form. Willie Griffin is taking the frees and if Hannon explodes to life he can offer so much more to Donnacha Sheehan and others, especially when the physical presence of Paul Keane has been missed. Adare have had to battle to reach the knockout stages. They haven’t reached top form but the second half collapse against Ahane should have focused minds.

There is no shortage of experience in either line-up and little will divide the teams in what will hopefully bring the championship to life.

Meetings haven’t been plentiful but they did meet in the 2012 county final when Kilmallock were 1-15 to 0-15 winners.

Neither have hit top form but more has been asked of Adare. Kilmallock are favourites but a shock is possible.

Saturday September 20 at 7.45 in the Gaelic Grounds

BOTH of these sides return to the county quarter-final after poor showings last season at this stage.

That was a first return to the knockout stages for Sean Hehir’s Liberties.

On Saturday, Ahane will just be happy that Na Piarsaigh aren’t the opposition after the city side ended their last three seasons with big wins.

Ahane lost to Knockainey in their final round game but will look to the previous round win over Adare as the true source of their form.

William Hickey is a doubt after picking up a hand injury in that hame while Mike Keane was sent off.

A host of county minors will be on show, while South Liberties will have to decide if they are to detail someone to follow Ahane’s inspiration, Niall Moran.

Overall, the form guide has to point to an Ahane victory.

The eastern sides haven’t met since Liberties returned to the senior ranks with an intermediate win in 2009.

Ahane are hot 2/7 favourites to win while South Liberties are given a 3/1 outside chance. Ahane are 8/1 to lift the Daly Cup with Liberties listed at 33/1.

Ahane won three out of five games, while Liberties only won two of their games.

Hard to look beyond Ahane.