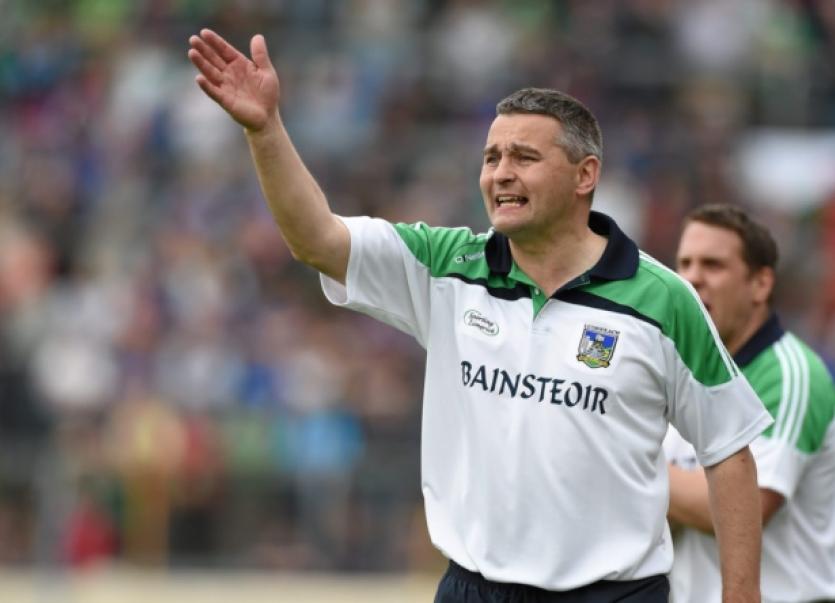 TJ RYAN looks set to give a vote of confidence to the Limerick team that beat Tipperary for Sunday’s Munster hurling final.

TJ RYAN looks set to give a vote of confidence to the Limerick team that beat Tipperary for Sunday’s Munster hurling final.

The starting line-up that won in Thurles for the first time in 41 years is expected to take to the field in Pairc Ui Chaoimh against Cork.

Limerick manager TJ Ryan and his selectors will announce their starting team after training this Thursday evening.

But just like last season Limerick look like sticking with a winning formula. Twelve months ago John Allen sent out the same Limerick side in all three championship games.

The Limerick team that won in Semple Stadium in the Munster semi-final showed two changes from last season with Na Piarsaigh attackers Shane Dowling and Kevin Downes starting in place of Stephen Walsh and David Breen.

The formation worked and it appears that it will remain unchanged with the likes of Breen, Walsh and Tom Ryan among the subs.

Substitutes Conor Allis, Alan Dempsey and David Reidy are all receiving treatment and a final call will be able on Thursday evening.

Limerick manager TJ Ryan feels that his team will need to improve on their semi-final showing to defend their crown.

“I’d like to think there’s a bit of scope for improvement, we’re going down to Pairc Ui Chaoimh, it’s a Munster final - there were areas we’d like to improve on, the start of the second half and seven to 10 minutes before half-time,” outlined Ryan.

“I think we are in a good place. You don’t get to a Munster Final without having a great squad of players. We are constantly striving on and off the pitch to do whatever we can do to get over the line. It will be difficult - it will be a hell of a battle.”

Just like the clash with Tipperary, Limerick are outsiders on Sunday.

Champions Limerick were aggrieved last time out but now Ryan feels that Cork are justified favourites.

“To be honest I probably understand a fair bit about betting myself and to be honest I thought they got it wrong. I didn’t think Tipp were 2/7 shots.

“It’s 4/9 and I think Cork would probably be favourites to beat anybody at home. I think they’re entitled to be favourite probably. They came within seconds of being All-Ireland champions. That’s what we are facing. I have to be fair and this time round I think it’s probably right,” said the Limerick manager.