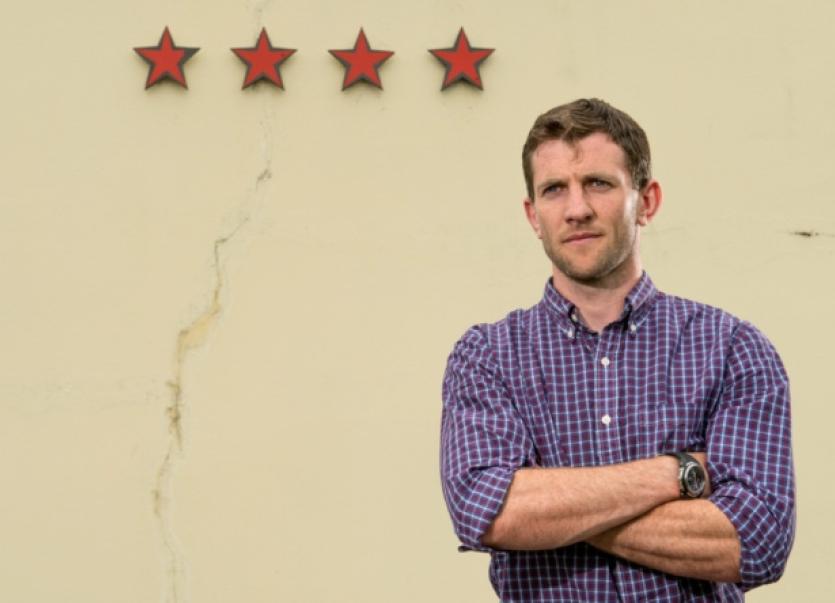 This Sunday he bids to join an even more exclusive list.

Since 1897 the Munster SHC title has rested in Limerick on 19 occasions.

The Summer of 2013 saw Limerick end a 17 year wait for Munster glory, but according to the captain the hunger hasn’t diminished.

“When I was getting to the 29-30 age, I thought one Munster title would be enough. But you win that one the eyes go to an All-Ireland. To get back into a Munster final is huge for us. We’ve a young team. The experience of last year will hopefully stand to us. It’s hard to know how fellas will react to Pairc Uí Chaoimh. Obviously we’ll have a chat about it but it’s definitely going to be different.

“Even going from the dressing rooms to the pitch, you’re dealing with supporters. Last year we proved we could beat them in a Munster final. Obviously we were at home. It is an advantage, no doubt. If you can get up to a level playing well, the crowd will come with you. The other side of it is that if we can get up and upset Cork, get the crowd on their back and get the Limerick crowd going, who’s to know,” outlined the Granagh-Ballingarry man.

Confidence and mental strength are stronger than ever in the camp according to O’Grady, who turned 34 last week.

“To beat Tipp two years in a row is a huge thing about us. They’ve gotten the better of us over the last ten years and it’s always been very close but just to get over them was a mental thing to finish the game like that stronger in the last ten minutes. So we’re confident if we can be there or there abouts coming into the latter stages of the Munster Final that we might have the experience and know-how to get over the line.”

O’Grady accepts that the “frustration” of supporters prior to the championship, but insists the players remained steadfast in their quest.

“This year was different in the sense that the expectation from the supporters wasn’t as high but inside in the squad it was high because we knew we had a team good enough to beat Tipp but we just hadn’t been showing it. The last competitive match in championship had been Clare when we didn’t perform and in league it was Galway where we didn’t perform at all. You could sense the frustration. We’d only one big game in the league in the Gaelic Grounds and that was against Galway, we got a big crowd there. But we just didn’t show up. We understand their frustrations,” he outlined.

Although Limerick are reigning champions, O’Grady is more than comfortable being underdogs.

“Yeah, being the underdog probably suits us a little bit better. In Limerick when things are going well you could see the expectation. We’re a very sporting county and when people get behind us things can tend to get out of control a little bit. I think hopefully there were lessons learned in that sense that we just need to stay focused.”

The captain said that lessons learned in 2013 could be key on on Sunday, in terms of remaining focus in the face of expectation and hype.

“Yeah, maybe. There was a lot of talk last year about that affect on us. You could only go by the performance in Croke Park and say that it did affect us. There’s no other way of making up excuses because we didn’t perform. In work or life or anything you always look, not for excuses, but for reasons why something didn’t happen. We prepared as good as we did before the Tipperary and Cork game. Better, even. When you’re beaten and you don’t perform it’s an easy excuse maybe to use the whole hype thing. But looking at it personally, it’s impossible to get away from it in Limerick. It’s crazy,” he said.

“I would say it was a great learning experience for them to go from the high of winning Munster and everyone patting them on the back to walking out of Croke Park and the head being down in the space of five weeks. I think the most of the top teams suffer them sort of, it’s how you react to them really. I think the experience of last year should stand to us this year. Whether it’s good enough to beat Cork is another thing.” Obviously the sending off can be used in the hype and in the build up to the game. I genuinely believe that nothing was going to beat us that day, whether Pat Horgan stayed on or not. The facts are that we won. We got to a stage as a team after losing to Tipperary the year before that enough was enough. We beat Tipperary last year and then you got a sense that lads were really tuned in.”

The veteran of the Limerick team, O’Grady, who made his debut against Cork in 2004, has never played SHC in Pairc Ui Chaoimh.

“I have played there, yeah, but in a big championship game I haven’t. I’ve played four competitive games there I’d say in 10 years. None of them were senior championship. We played a few league games there and the U-21 championship but nothing senior,” said O’Grady, who can recall watched as a 16 year old when Limerick famously beat Cork in 1996 to break their unbeaten home record.

To nullify any home advantage, the captain wants a flying start.

“I would say a big part of our game is to start well as it is theirs. They started very well against Clare, so, yeah. It’s harder because I know from Pairc Ui Chaoimh when it’s sold out that the atmosphere there is nothing short of electric. The whole emotion of it being a farewell to the old Pairc Ui Chaoimh could add an extra bit of spice to it as well.”