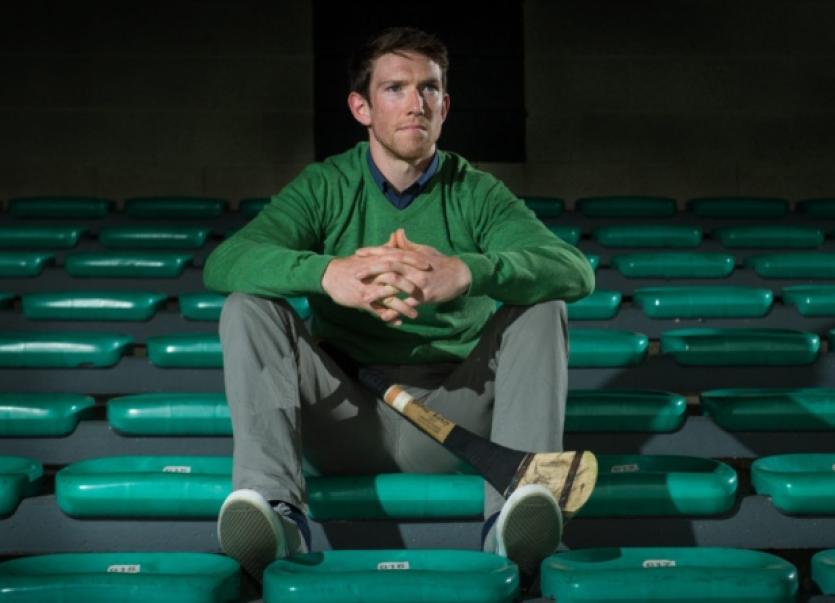 SEAMUS Hickey burst onto the hurling scene as Young Hurler of the Year in 2007.

SEAMUS Hickey burst onto the hurling scene as Young Hurler of the Year in 2007.

Sterling performances from corner back earned him the award ahead of Doon’s Michael Fitzgerald and Galway’s John Lee.

Seven years later Hickey is back in the corner.

“I was just absolutely thrilled to get a jersey the last day. It’s a very difficult thing to do in the group of players we have at the moment, to actually have a 1-15. I was thrilled especially with the time frame I was dealing with before it. The confidence that TJ has in me, he gave me every possible chance to prove myself. It was up to me then after that. I was fit enough and well enough to hurl after that,” said Hickey of his battle back after suffering cruciate ligament damage in the All Ireland semi-final loss to Clare last August.

The last six years have seen the Murroe-Boher man play in nearly every line of the team, but he admits defence is his preference.

After missing the league, Hickey admitted to surprise at forcing his way back.

“I was (surprised) but it was funny, the conversations that I have had in the last few years is where do I fit, with managers, selectors, friends, family, even just interested others. Where do I fit in the Limerick team and where can I be the best I can be? I don’t know the answer, I genuinely don’t. I love playing corner-back. It’s funny, I really enjoy playing corner-back.”

But it wasn’t always his first choice!

“There’s something about it that I rebelled against when I was first put back there in school and in minor. I rebelled against the notion of being a hurler at corner-back. Corner-back is for people like Tom Condon who can’t hit the ball! Finesse players like me should be further up the field,” he laughed.

“No, I rebelled against that notion when I was younger and in 2006 and 2007 and I really enjoyed playing it and I hadn’t played there since. It’s simple in that your remit is simple, you know what you have to do. Your man is not to score. If he scores he has to earn every single score that he gets and there’s to be no goals conceded.”

On Sunday, Hickey returns to Pairc Ui Chaoimh - his last championship visit was the 2005 Munster minor final loss to Cork. He will be in good company with Richie McCarthy, Tom Condon, Gavin O’Mahony, James Ryan and Micheal Ryan all ‘05 minors.

“I get a sense that this group of players, our focus is very firm. It’s important to us that last year was a building block, not a pinnacle. That’s our take on this year, that’s how we’re going forward.”