Limerick footballers target Sligo to get into final 12 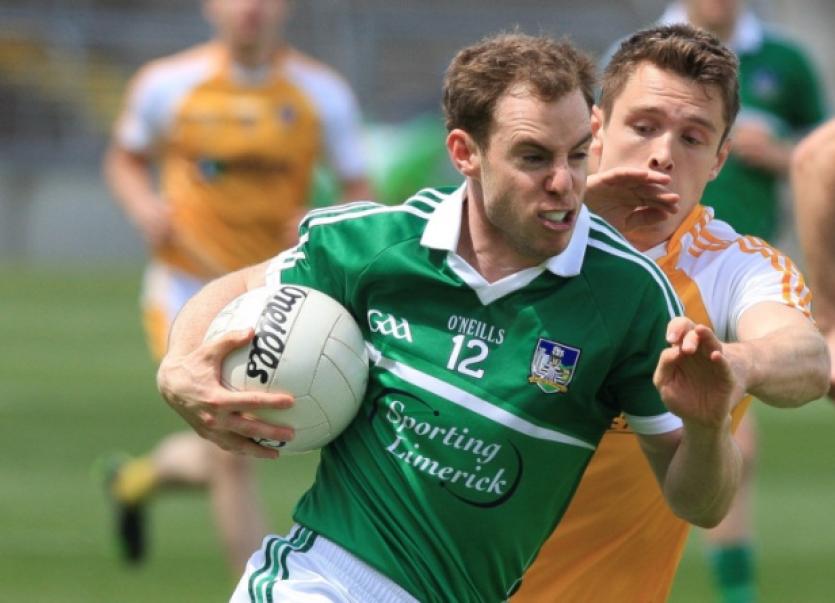 A place in the last 12 of the All Ireland SFC is the target for Limerick as they travel to play Sligo this Saturday in round three of the qualifiers.

A place in the last 12 of the All Ireland SFC is the target for Limerick as they travel to play Sligo this Saturday in round three of the qualifiers.

The game in Markievicz Park, at 4.00, will see Limerick away from the Gaelic Grounds for the first time in this season’s championship after home ties against Tipperary, London and Antrim.

Victory on Saturday will see Limerick advance to the fourth round of the backdoor system on July 26 against either Cork or Galway/Mayo.

Limerick will travel up the west coast on Friday evening and while it’s an away tie, the surrounds won’t be completely knew to all as the opening round of the National Football League was played there.

On that occasion the Pat Flanagan managed Sligo were winners. Limerick manager John Brudair is hoping his side can make it third time lucky against Sligo. The NFL tie was back in February while just six weeks ago the sides met in a challenge game - Sligo won both games.

“We are close but close won’t be good enough on Saturday,” said Brudair of the previous games against their round three qualifier opponents.

“A win is achievable - although we are away from home. In the qualifiers you always want to get a home draw but at least we have the experience of playing up there in the league,” said Brudair.

“We know the journey up and the surrounds. In the league it was a game we should have won and although they beat us by a couple of points we know we can beat them.”

After the Munster championship loss to Tipperary, Limerick have regrouped and wins over London and Antrim have produced rare back-to-back championship victories.

“When the draws were made for the qualifiers we know games were winnable and that there was an opportunity for a run of games.”

As Limerick continue to mould a new-look team, the manager said that the second half performance against Antrim last Saturday was their best to-date.

“We were more clinical - we had strong runners down the middle, there were no turnovers of possession and we took our chances. We were good in the first half but the second was what we need.”

A rare hat-trick of championship wins would see Limerick rekindle memories of previous qualifier runs like 2002 and 2011.