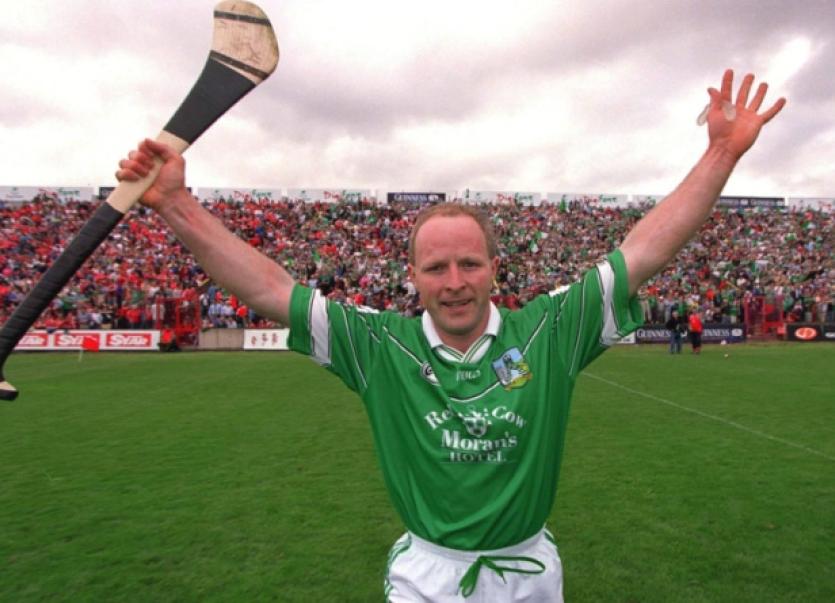 Limerick minor hurling selector Stephen McDonogh found it difficult going to watch Limerick after he retired from inter-county hurling - now he’s embracing the new challenge of being a selector with the county’s very impressive minor team.

Limerick minor hurling selector Stephen McDonogh found it difficult going to watch Limerick after he retired from inter-county hurling - now he’s embracing the new challenge of being a selector with the county’s very impressive minor team.

“I loved going to the matches when I gave up although sometimes it was difficult. Sometimes it is hard to make the transition from player to spectator.”

And the Bruree man admitted that he wasn’t sure about taking on the role as selector with Brian Ryan’s side. “I thought about it for a while to be honest,” McDonogh revealed. “I wasn’t sure I could give the commitment.

McDonogh, who is a farmer and has a young family, said that he consulted with his wife before accepting the role on Brian Ryan’s back room team.

“Once I decided I could do it I spoke to my wife at home and she said ‘why not’ so I was glad to go with it once I had my mind made up.”

McDonogh also spoke about his new role on the sideline.

“It’s different,” he revealed: “It’s a huge challenge but I’m enjoying working with the lads, they are a great bunch.”

McDonogh, who won a county senior hurling championship medal with Bruree in 2006, said that the role of selector suits him but the role of the manager may not.

“If you look at Brian (Ryan) for example, to be the main man, it is a 24/7 job. I don’t think I could give (that commitment) as I have a dairy farm to run as well as a young family at home,” he said.

“The commitment I can give at the moment is what I’m happy to give”.

The former corner-back also said he doesn’t envy TJ Ryan and his job with the senior hurlers.

“I don’t envy TJ at all. He’s doing a great job. It’s a very unforgiving place the sideline. When the thing goes pear-shaped you’re at the centre of attention - not that that would bother me unduly.

“Your life is consumed by it and I’m not so sure I would be happy if that was the case,” he admitted.

McDonogh took over as selector this year after Paul Finn left the set up due to work commitments.

“The bottom line is that Paul Finn, through work, wasn’t able to give the commitment which is massive because we have been back since the middle of October,” McDonogh revealed.

“I couldn’t tell you how many training sessions we have had but we try to keep going”.

He also admitted that he hasn’t always found his new role easy. “It’s difficult,” he confessed. “Being on the line, you have to be there for a while and learn how to manage it. I find it frustrating at times but that’s only because I’m new to it,” he added

“I would like to think I’ve a bit to give, how much, I don’t know – I’ll leave someone else be the judge of that.”