Champions off to a winning start in Limerick SFC 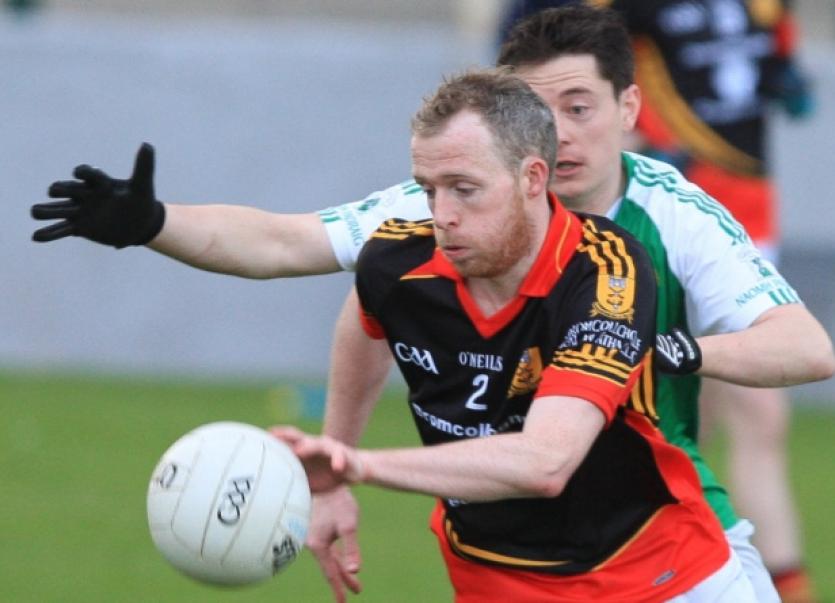 CHAMPIONS Dromcollogher-Broadford opened the defence of their Limerick SFC with an impressive 1-14 to 0-7 win over St Patricks.

CHAMPIONS Dromcollogher-Broadford opened the defence of their Limerick SFC with an impressive 1-14 to 0-7 win over St Patricks.

St Patricks actually led 0-6 to 0-4 at half time but the city men were to score just once in the second half as Drom-Broadford took control with Killian Phair, Micheal Reidy and Micheal Brosnan all landing fine points.

Seanie Buckley was their goal scorer.

His side were narrow 0-10 to 0-9 winners over Newcastle West.

The Abbeyfeale side laid the foundation for victory in the first half and led 0-8 to 0-4 at half time in Dromcollogher.

They had Donagh Kelly and Thomas Collins in fine form while Newcastle West had five of their nine points from Jamie Lee.

Also on Friday night Ballysteen were 1-12 to 1-7 winners over Galbally in Feenagh.

Ballysteen were 0-7 to 1-3 up at the break with John Collins kicking three points after an 11th minute Vinny O’Connell goal had given Galbally the ideal start.

On the resumption, they landed four successive points to open a winning margin.

Inter-county hurler James Ryan hit back with two points but Ballysteen sealed the win in the 44th minute when Declan Nash goaled.

Elsewhere Rathkeale’s St Marys Sean Finns made a winning start to life in the senior ranks. The 2013 Limerick IFC winners were 0-14 to 1-6 winners over Pallasgreen.

And, that is despite Kevin Barry goaling in the early minutes for Pallasgreen.