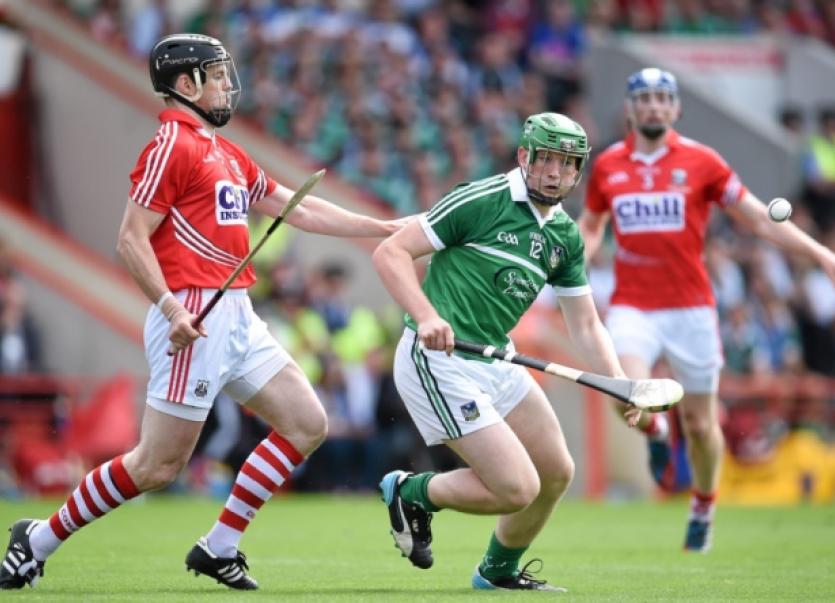 LIMERICK suffered Munster hurling final heartbreak this Sunday when losing 2-24 to 0-24 to Cork in the 2014 Munster SHC Final in Pairc Ui Chaoimh.

LIMERICK suffered Munster hurling final heartbreak this Sunday when losing 2-24 to 0-24 to Cork in the 2014 Munster SHC Final in Pairc Ui Chaoimh.

At sides were level 0-12 each after a pulsating first half.

Limerick had started the better and were 0-3 to no score clear after nine minutes with James Ryan and Graeme Mulcahy on the mark.

It took Cork nine minutes to open their account.

By the 11th minute TJ Ryan’s Limerick were 0-5 to 0-2 ahead with Declan Hannon and Kevin Downes on the mark.

Limerick were now well on top with David Breen causing all sorts of trouble for the Cork rearguard.

But the Limerick wides were mounting.

Regardless they were 0-8 to 0-4 ahead after 20-minutes with Donal O’Grady getting two fine scores.

But then Cork came to life for the remainder of the first half.

They hit a remarkable seven unanswered points to snatch the lead 0-11 to 0-8 with just two minutes.

But Limerick finished the half well with three points to draw level.

On the change of ends it was end to end for the first 15-minutes.

Indeed the teams were level on seven occasions by the game’s 50th minute.

Then came the first Cork goal when Seamus Harnedy found the net in the 53rd minute for a 1-18 to 0-18 lead.

Back came Limerick with a huge Wayne McNamara point.

With seven minutes to play Limerick trailed 1-21 to 0-22 after a Mulcahy point.

But the game was almost over as a contest when Paudie O’Sullivan had the second Cork goal in the 64th minute.

Dowling frees rallied Limerick but Cork held on for the victory by the two clear goals.

Its off to the All Ireland SHC Quarter Final for Limerick with Wexford or Waterford awaiting on July 26.