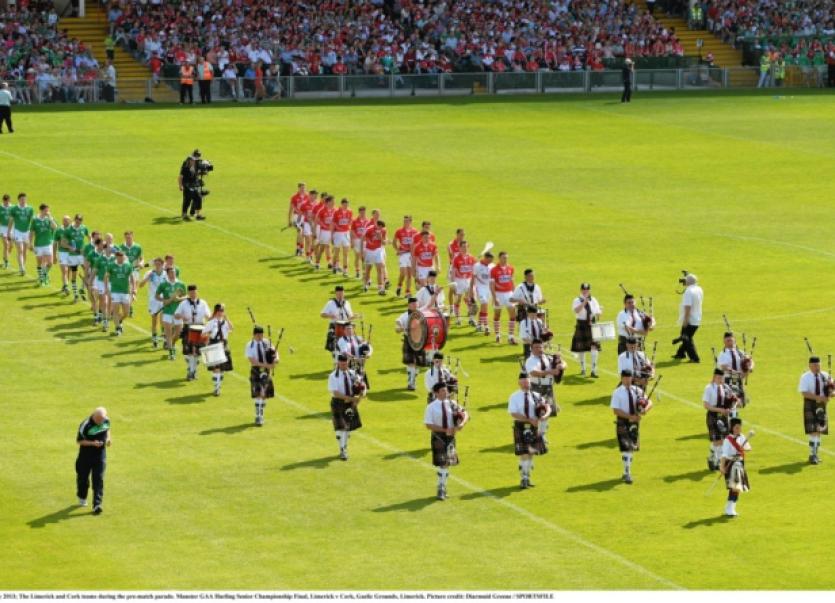 Social media is changing the way people watch their sport.

Social media is changing the way people watch their sport.

Following what people are saying (and thinking) adds to experience of following the big games. Nowadays we can get instant reaction from media and supporters alike as well as the views from players after the match. Players tweeting in the immediate aftermath of big championship matches is becoming more and more common.

With that in mind here’s the top 30 Twitter accounts (in no particular order) to follow the Munster Hurling Final between Limerick and Cork.

The Leader’s GAA correspondent will be tweeting updates and insights from Sunday’s action.

The best place for score by score reaction on Twitter to the big match.

Official page for Limerick GAA. Should have great pictures and reaction should we get a positive result.

The Athlacca man spent the League campaign on the panel but has been struggling with injury in recent times. Is sure to be tweeting his support to the team.

Kilmallock man O’Mahony has been a permanent fixture in the Limerick team for the last few years. Worth a follow – especially if Limerick win.

Sharpshooter Dowling is another player who we hope to read celebratory tweets from around 6pm on Sunday.

Corner forward and car salesman has over 2,000 followers on the social media website. A good performance on Sunday could see this number rise!

His tally of 14,000 followers dwarfs that of any of the Limerick players. Recently tweeted a selfie with Pro Golfer Matt Fitzpatrick at the Irish Open.

Author of a number of Limerick GAA books, Henry is sure to have strong opinions on Sunday’s proceedings.

One of the county’s most serial tweeters with over 20,000 140 character posts to date. Most tweets are sport related, a big number of GAA tweets as well.

Newstalk’s Gilroy tweets regularly and is sure to give his 24,000 followers regular updates and analysis from the action in Cork.

When not manning the Limerick GAA Tracker, O’Sullivan gives regular updates on all Limerick teams including the Camogie and Ladies Football.

Hannon was quick to tweet his delight after the semi-final victory over Tipperary. Here’s hoping for something similar Sunday evening.

Moran talked to the Leader this week about Limerick’s famous 2001 win Pairc Ui Chaoimh. He’ll be hoping the class of ‘14 can repeat the trick.

Former Leader Sport editor McDonnell is sure to be keeping a close eye on Sunday’s game. Tweets about stuff other than sport as well.

They are the enemy on Sunday but it will be interesting to get a different perspective. Good feed to follow club fixtures Lee-side also.

The Leader columnist and occasional RTE commentator will be watching Sunday’s game with keen interest. His reaction can be seen in this paper next Thursday.

Fogarty is one of the top GAA journalists on Twitter. Will always come up with something worth talking about

The girls are having a great season and are sure to be cheering on the lads this weekend. Worth a follow as they look to progress through the Camogie championship.

Better known as the Leader’s rugby man, Colm will be on duty in Pairc ui Chaoimh for the minor match. Well worth a follow too.

The five-time All-Star goalkeeper from Tipperary will be tweeting out to over 3,000 followers. Worth a follow as he tweets about multiple sports.

The former Limerick footballer is good tweeter whose views are often irreverent and interesting. Often expresses his views on all things GAA so well worth a follow.

An unused sub against Tipp but a vital panel member for a number of years. One more who will be worth a follow if the result is positive.

The Pallasgreen man is one of the Limerick minors stars and is a good Tweeter too. Another who we’re hoping will be in good mood come Sunday evening

Mr Sporting Limerick, Kieran is good to follow for all sports fans in the city and county.

Aherne won’t be in the Live95 FM commentary box but is sure to be following the game and add to the experience of following the big match on social media.

Defender Paudie is the last county player on the list. As with the others, his account could be very interesting come Sunday night.

The Sunday Indo and Sky Sports man will be keenly followed by fans throughout the country. It will be interesting to get his take on proceedings.

The state broadcaster will be keeping tweeters in touch with how the action is going. Will also match a link to a match report shortly after the game.

The place to watch the game in the afternoon and, if the result is right, watch the highlights again that night. Good account which often takes followers behind the scenes at their studios.