What does the future hold for Limerick football? 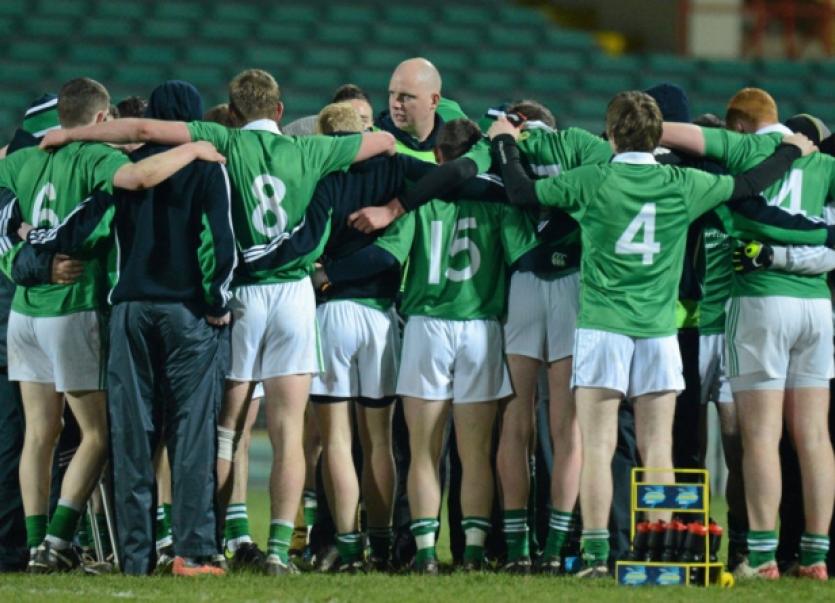 THE statistics are frightening for Limerick football.

THE statistics are frightening for Limerick football.

It’s mid-April and the county minor and U-21 football sides exited tamely, at the first hurdle, from their respective Munster championships.

A look back at the results for the last six years shows the Limerick U-21 and minor sides have played a total of 18 games - losing 15 and winning just three.

One of Ireland’s worst underage records comes at a time when the county senior team needs fresh blood after the Munster championship winning U-21 side of 2000 backboned much of the last decade.

Just last summer Maurice Horan’s senior side were hit for 3-17 by Cork in the Munster SFC - Limerick’s worst Munster senior football championship defeat in 18 years. On top of that Limerick played five other championship games last year - between junior, U-21 and minor - and won none of them.

But the conveyor belt of underage talent is anything but laden with willing talent with this year’s Limerick U-21 team beaten by 16 points by Cork and the minors beaten by 23 by the same opposition. The minors then went down heavily to Clare who were in turn beaten by Waterford.

The results at minor and U-21 are not totally an indictment on the respective management teams.

But it is an indictment on the structures and ambitions at club level and more importantly the inter-county underage development panels.

The setting each Saturday morning in the new state of the art North Campus facility in UL is heart-warming for all hurling followers.

From 9am to 1pm the facility is booked up by Limerick GAA as over 150 of the finest young hurlers are put through their paces by well organised and educated mentors in ideal surroundings.

Each management team is supplemented by one of Limerick full-time coaches (GDA) and also have an IT/logistics officer.

The U-16s are managed by Pat Donnelly (South Liberties) with selectors Liam Reale (Hospital-Herbertstown), Darren Moynihan (Dromin-Athlacca) and Will McCormack (UL) with Sean Herbert (GDA) and James Bourke (IT).

Bruff’s John Mulqueen is in charge of the U-17s with Brian Foley (South Liberties) and Liam Lyons (Na Piarsaigh) with Noel Hartigan (GDA).

And, all management teams are overseen by Jerry Wallace (hurling coach), Andy Murphy (strength and conditioning) and Aine McNamara.

Each Saturday morning, players, mentors, officials, family and friends will agree that it is palpable that all are chasing the same goal - to raise standards within Limerick hurling.

Each train for 90 minutes - 30 minutes of strength and conditioning and an hour of hurling coaching. On top of that many of the underage inter-county panels meet up for separate work on hurling walls and all teams have already played challenge games in preparation for their respective competitions in late August.

And, all is underway since last October.

Meanwhile, the Football Board have just finalised some of their underage football managements.

Their competitions are in mid-July.

The former Fianna Fail TD was only selected to lead the football sub-committee at the outset of the 2014 season and the Dromcollogher-Broadford man is adamant that change is afoot and lessons have been learned.

“To be fair our minor and U-21 results were most disappointing - we are at the point where we have to act or end up playing in a ‘B’ grade,” Cregan told LeaderSport.

“I can’t speak for what happened before but it’s time to put right structures in place - this is not about next year, its about three or four years down the line,” he explained.

“It’s about putting the right structures in place - professional structures that everyone can buy into,” said the chairman, who has modeled his plan on the Limerick hurling set-up and what other counties like Tipperary and Cavan have done in recent times.

“We know that these panels are needed in place all year round and not just for their competitions.”

Limerick football doesn’t have to look too far for inspiration.

In November 2011, a Development Committee was commissioned to draft a blueprint for the future of Gaelic Football in Limerick.

They drafted a 15-page document, full of proposals, which largely haven’t been implemented. Key topics they identified were: underage squad structure from U-13 to U-17, schools football at primary and secondary level, the issue of dual players and the county’s club competitions.

“Getting a copy of that document was one of the first things I did after I became chairman,” said Cregan.

One of the key points in the 2012 plan was a lack of dual players and this remains the case two years later.

“I think to be fair to everyone this is something that we need to sit down and talk about. I personally don’t think it is possible to be a dual player at (senior) inter-county level but all the leading counties like Dublin, Tipperary and Cork can manage it up to minor level. I’m not suggesting that players are told not to play both codes but perhaps they feel that it would lessen their chances of getting starting roles. I think we as a county need to make sure that youngsters are aware being a dual player won’t limit your chances,” outlined Cregan.

“Look back to 2000 - the last time we won Munster U-21 titles in hurling and football they had plenty of dual players so it can be done.”

One positive step that was taken in recent years was the amalgamated West Limerick Colleges team in the Corn Ui Mhuri. But a rule change saw this project brought to an end.

Limerick are now leading a charge to reverse this ruling.

“There might be a chance of getting this team back - it was a big blow to lose it. Overall secondary schools are something that need attention.”

“I have been pleasantly surprised with the backing of the County Board. They understand work has to be done and are supporting us. But we need all of Limerick behind us and the clubs still need football people to get involved - including former inter-county players. We are in the course of finalising an Implementation Group to oversee all of this,” outlined the chairman, who praised the role of fellow Football Board officers, Colette O’Grady and Gerry Philips in efforts to plan for the future.

Cregan said that a “Jerry Wallace type figure was also necessary to coach the players and coach the coaches”.

All others are now in situ.

“This is going to take a lot of hard work and some money but it is simply about putting the professional structures in place. We know we can do better and hopefully we will see the fruits of our labour in three or four years,” said Cregan.

Indeed it could take three or four years to get everything correctly in place nevermind winning trophies.

But the right structures, backed by everyone, should instill pride and confidence.

If Laois and Carlow can climb the ladder in Leinster hurling and Longford can win a provincial minor crown, then Limerick too can apsire above the current lowly standing.