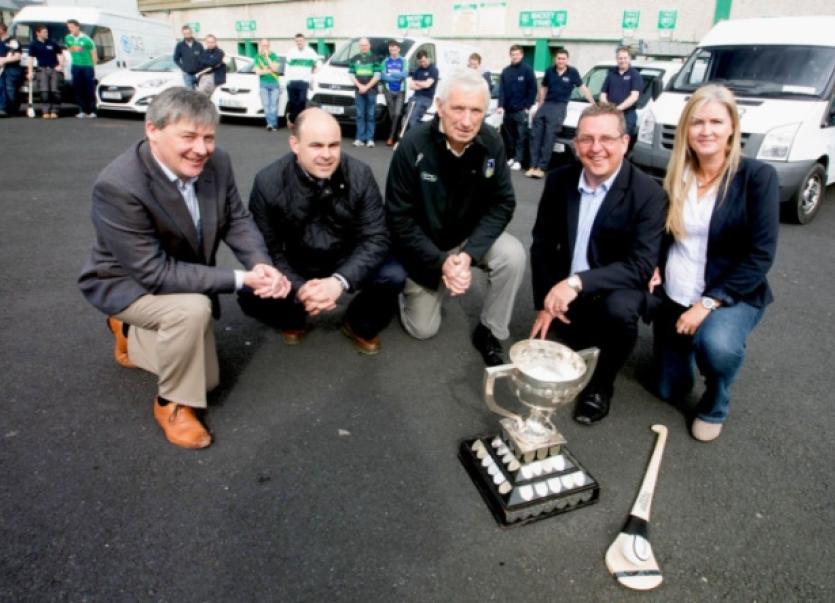 THE new-look Limerick senior hurling championship gets underway this May Bank Holiday weekend.

THE new-look Limerick senior hurling championship gets underway this May Bank Holiday weekend.

What a contest in round one - the winners of the last four titles and the two shortest priced favourites for the 2015 crown.

Regardless of the result both will be fancied to progress to the knockout stages. But with new managements in both camps, an early season marker will be the rallying call.

With the last seven Limerick SHC winners having Clare coaches on board it’s noteworthy that both have looked to The Banner to replace the departing Sean Stack and Tony Considine.

Champions Na Piarsaigh have opted for former club and county player Shane O’Neill as manager but he does have former Clare and Offaly coach Alan Cunningham on board in an advisory role.

Kilmallock have swapped one former Clare manager for another with Ger O’Loughlin replacing Considine.

Both new managements may attempt to shuffle their team line-ups after long periods of stability in both clubs and this will be of interest to supporters. With 10 inter-county players between the clubs, their form will also be of interest. The availability of David Breen remains uncertain after his knee operation in late February.

Friday, May 2, in Caherconlish at 7pm

Last season was perhaps their most promising and they have integrated fresh faces like Barry Nash, William Hickey and the McSweeney’s.

Friday’s game is the ideal fixture for both to get off to a winning start.

Effin suffered slightly with second season syndrome in 2013 and will look to return with renewed vigour under the new management of Pat Dillon and Ross Corbett. They are one of the clubs that have caught the eye in the early round so the ACHL.

Saturday, May 3, in Mick Neville at 7pm

For the third year in a row Ballybrown have undergone a change of management. Shane Adams is now manager with Paddy Williams the coach.

They will have taken positives aplenty from their first year back in the top flight but need to ensure that is a platform rather than highlight. They have options but need to mould a steady starting line-up and avoid falling back on Alan O’Connor frees for scores.

They will target two opening round wins to set them up for an assault on the knockout stages but on Saturday will face a Granagh-Ballingarry side full of confidence after putting 2012 behind them. They now have Patrickswell’s John Tuohy as coach - he was the last Limerick man to coach a Limerick SHC winning side, Bruree in 2006.

Saturday, May 3, in Kilmallock at 7pm

A repeat of last season’s semi-final, which Adare won by a narrow margin.

Meanwhile out East, Gerdie McGrath and Dinny Ryan continue to call the shots for a Doon side that showed much promise last year.

But with that promise comes expectation for 2014. They have already collected divisional silverware but have eyes on a bigger prize. Their young guns are a year older and know that a sparkling club season will put them back into the frame for inter-county sides.

Knockainey reached welcome heights last season until they fell to a big defeat to Kilmallock in the quarter-final.

They have now looked towards Kilmallock to help guide their fortunes with former stalwart Pat Ryan now in as manager with Kilmallock’s Maurice Nelligan as coach.

In a most competitive group, this first round game is certainly one that the All Blacks will target as winnable.

But they face a Murroe-Boher side with much to prove. Last season was once again unkind to them with scoring difference ending their ambitions. They now have Darren Moynihan coaching and we see the new format as a welcome opportunity to gain some momentum.

Between them these clubs hold 37 Limerick SHC titles.

But it is now 10-years since either lifted the Daly Cup.

Without winning titles, the last few seasons have seen U-21 sides of quality in both clubs.

But transferring that talent into the senior set-up is taking time.

Last season Ahane fell easily to eventual champions Na Piarsaigh in the quarter-final, while Patrickswell were confined to the County Cup, which they won.

Patrickswell preparations suffered a confidence blow last weekend when failing to mount a second half challenge to Na Piarsaigh in the U-21 final.

Perhaps that can be the motivation in what is the more difficult of the two groups.

Both largely have the same managements as 2013. Changes in Ahane are that they have Clem Smith on board and have a club-focused Niall Moran.

IT can only be positive for Limerick hurling that all senior hurling clubs are guaranteed five games in the restructured Limerick SHC, which under the new sponsorship of Q3 Security Systems.

All clubs get five robin round games.

The top team in each group will advance directly to the semi-finals, with teams in second and third places progressing to two quarter-finals.

Teams finishing in positions fourth and fifth will play in the semi-finals of the County Cup with the bottom team in each group relegated directly to the Premier Intermediate Championship.

All would be shocked if champions Na Piarsaigh and previous champions Kilmallock don’t progress from Group Two.

That leaves Ballybrown on top of the chasing pace to secure the remaining knockout place.

But it is very much an opportunity knocks scenario for South Liberties, Effin and Granagh-Ballingarry.

With these aspirations getting a win in the opening two rounds is a must.

Group One is certainly a lot harder to call.

Adare and Doon are the seeded teams but both have suffered below par results in recent seasons - albeit Adare have reached back-to-back county finals.

Doon need to ensure 2013’s progress is built upon and will need to beat either Adare or Ahane in the opening rounds to gain momentum.

While Knockainey will be seen as the outsiders, all of Patrickswell, Murroe-Boher and Ahane can build cases for their inclusion in the later stages of the championship come next September.

All could come down to the fifth and final round at the end of August.