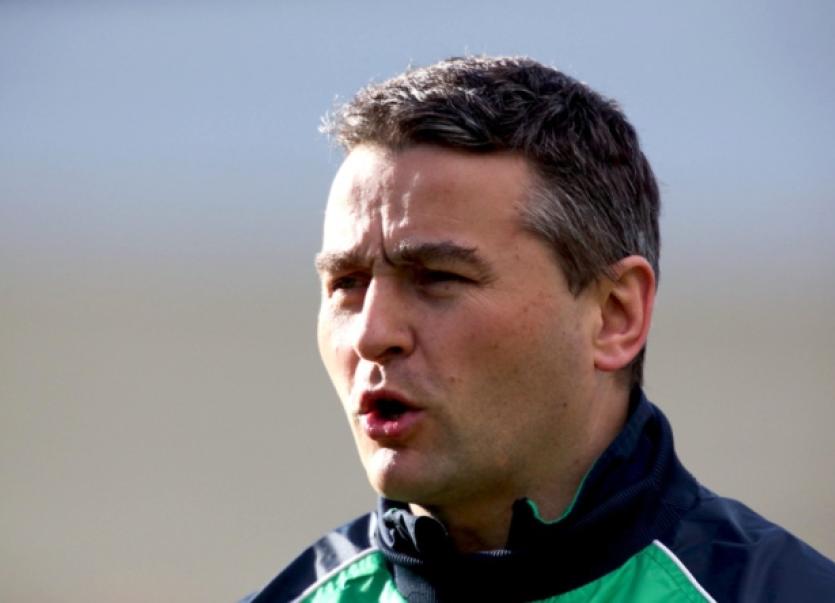 THE countdown to the Munster senior hurling championship has entered the final five weeks for Limerick.

THE countdown to the Munster senior hurling championship has entered the final five weeks for Limerick.

Hopefully the early minutes of last weekend’s challenge game against Cork is an indicator that the Limerick hurlers won’t let the Donal O’Grady saga hinder their focus.

Limerick flew from the traps like a side with much to prove. Ultimately they lost the game but all did look very much in unity.

If anything the latest drama in Limerick GAA could work to reinforce the moral within the squad.

Confidence can’t have been high after failing to secure promotion in the National League.

But with key players returning from injury, all will be well aware how they turned around 2013 to win Munster honours.

A challenge game against Kilkenny in Martinstown was seen as a key indicator towards ultimate provincial honours last year.

To-date there is no such high-point on the 2014 timeline but plans are afoot for one final game against Dublin in the week commencing May 12.

It was noticeable that Limerick played a more direct style of hurling in Charleville last weekend.

Much was made of the short-passing style of the O’Grady-TJ Ryan era.

Enroute to lifting the Munster SHC last July, Limerick returned to a fast direct approach that all appear comfortable with.

Only time will tell if this will be the case in Semple Stadium on June 1 but there certainly wasn’t an over reliance on short passes in Ryan’s first outing as sole manager.

Graeme Mulcahy in particular profited from fast ball to the inside line of attack and snapped up 2-2 in the opening 20 minutes when the supply lines were constant.

With players returning from injury there are places very much up for grabs in the coming weeks - especially in the forward unit.

The Limerick defensive sextet looks very much a predictable unit.

The half back trio of Paudie O’Brien, Wayne McNamara and Gavin O’Mahony won’t change.

In the full back line, Cathal King and Mark Carmody are providing viable options to Stephen Walsh, Richie McCarthy and Tom Condon but the regular trio did get the nod in Charleville.

In midfield will be Limerick’s player of the year so far Paul Browne. The place beside him however is not as clear. Tom Ryan performed well against Cork but together the pair appear very much attack minded.

Of course Donal O’Grady is an experienced option but centre forward could be his role. Perhaps James Ryan or even Seamus Hickey could offer alternative options.

In attack, Graeme Mulcahy and Kevin Downes are certainties.

Declan Hannon will also most likely start as long as his return to full fitness remains on track.

Captain O’Grady did well at No11 against Cork and offers a puckout option. Hickey and Breen were wing forwards in 2013 but both face a race to be match fit for Thurles.

Conor Allis and David Reidy were afforded chances to shine in the league but aren’t as of yet guaranteed first team regulars.

Also pushing for inclusion are Seanie Tobin and Shane Dowling.

There were issues with frees again in Charleville and although Allis and Reidy have been tried, it appears that Hannon or Dowling will be the free-taker on June 1.

With TJ Ryan’s confirmation that no new hurling coach is to be added his to backroom, there is now great pressure on an inexperienced management team.

The trio of Ryan, Lyons and Paul Beary are now to undertake all aspects of the preparation.

Both Ryan and Beary have coaching experience but not at this level.

Indeed with club sides Kilworth and Na Piarsaigh they have tasted success, but again not at inter-county level.

Then again there won’t be any prolonged period available for coaching before the Munster SHC title defence.

The panel don’t train again until after the two rounds of club games.

That leaves three weeks of a run-in to the championship. The first week will include a challenge game and the final week will be more about winding down.

While there will be an avenue for the GAA clubs of Limerick to have their opinion on the latest sage to engulf Limerick at the next County Board meeting on May 13, it’s now best that all get behind the management and players.

Let’s not forget Limerick enter the championship as champions.

Tickets go on general sale next Monday from the Gaelic Grounds and outlets such as Centra. The Munster Council have confirmed that supporters will be offered a €10 concession if purchasing tickets for both championship fixtures against Tipperary.

There is a general admission price of €15 to the football game.

Prices for the hurling will be €30 and €25 for the stands and €15 for the terrace. The €10 concession for the games will only be available on prepurchased tickets.