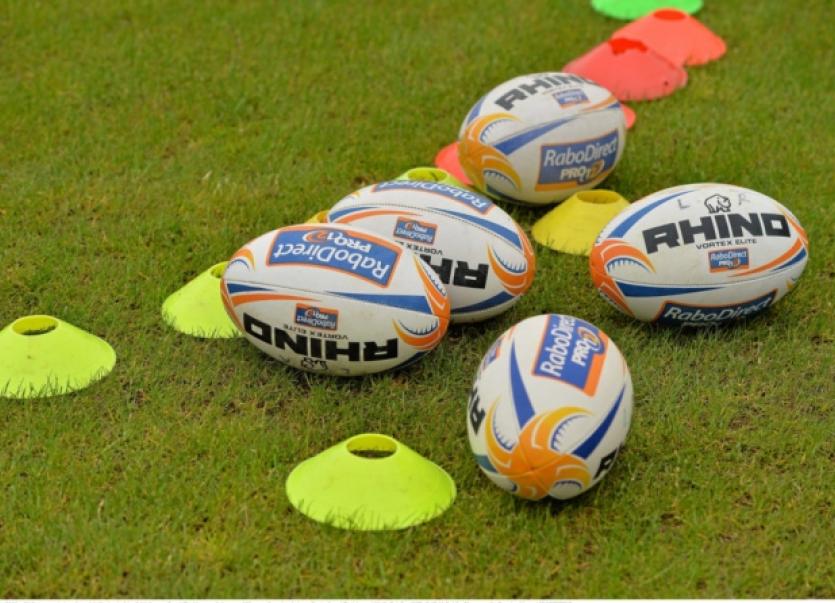 THERE were wins for St Mary’s and Newcastle West in Division 1 of the Munster Junior League yesterday while Galbally were defeated by Kilfeacle. In Division 2, Presentation had a thrilling 22-20 victory on their visit to Ennis and the meeting of Dunmanway/Bantry Bay and Abbeyfeale was called off as the pitch was unplayable.

THERE were wins for St Mary’s and Newcastle West in Division 1 of the Munster Junior League yesterday while Galbally were defeated by Kilfeacle. In Division 2, Presentation had a thrilling 22-20 victory on their visit to Ennis and the meeting of Dunmanway/Bantry Bay and Abbeyfeale was called off as the pitch was unplayable.

St Mary’s kept up their winning run with a bonus point victory over Old Chistians in Cork. This game was switched from Rathcooney to a windswept Mahon and the Saints appeared to be in trouble at the break, trailing 13-5. Losing Ben Martin with a facial injury added to their problems but they put in a storming second half to add three tries to Rory O’Donnell’s first half touchdown.

Brian Downey got in for the Limerick side’s second try early in that second period, John Sheerin crashed over for try number three and it was Greg Barry’s try that sealed the five point haul that keeps St Mary’s on the heels of Kanturk as this exciting league race heads into the final few games.

“Despite this good result, it looks as if Kanturk will lift the title as we are trailing them by five points,” St Mary’s president Jim O’Dwyer told us. “There are just two games to go, we are two points clear of third placed Newcastle West so we will be hoping that Muskerry can beat Kanturk and also deprive them of a bonus point. The walk-over we got from Galbally was not to our advantage as it deprived us of the chance of a bonus point in that fixture but losing away to Kanturk before Christmas has proved crucial to the outcome of this league race.”

Newcastle West are having an brilliant season and they also secured an away win, beating Cobh Pirates 11-14 in a thriller. It was level going into the last ten minutes, but strong pressure from the Limerick pack forced a penalty and Sean Herlihy added to his first half brace of tee-kicks to snatch victory. Niall Kelliher scored the Newcastle West try while on the scoresheet for the Pirates were Greg Higgins with two penalties and Owen Geary a try. The fact that Galbally got their only scores of the game in the final minutes told its own story in Kilfeacle. The home side were on top for much of this game and after leading 10-0 at the break added a try in the second half. Jack Donovan scored the Galbally try at the death with Sean Burke adding the conversion. Final score, Kilfeacle 15, Galbally 7.

In division two, Presentation travelled to Ennis and came away with a welcome 22-20. Ken Greaney scored two tries for Pres with Owen Lynch adding a third while Craig Airey kicked a penalty and two conversions. This win could see Presentation avoid the drop to division three.

Abbeyfeale were a little disappointed that their away game against Dunmanway/Bantry fell foul of the weather. They are chasing the title after a string of impressive performances saw them jump into second position in the table in recent weeks.

With the 2nds fixtures getting a battering, most of the games were called off this week-end. On the all-weather pitch in Dooradoyle, Garryowen and Bruff served up a scoring feast, the light blues running out winners 60-25.