22 applicants but Foley the only one interviewed for Munster job 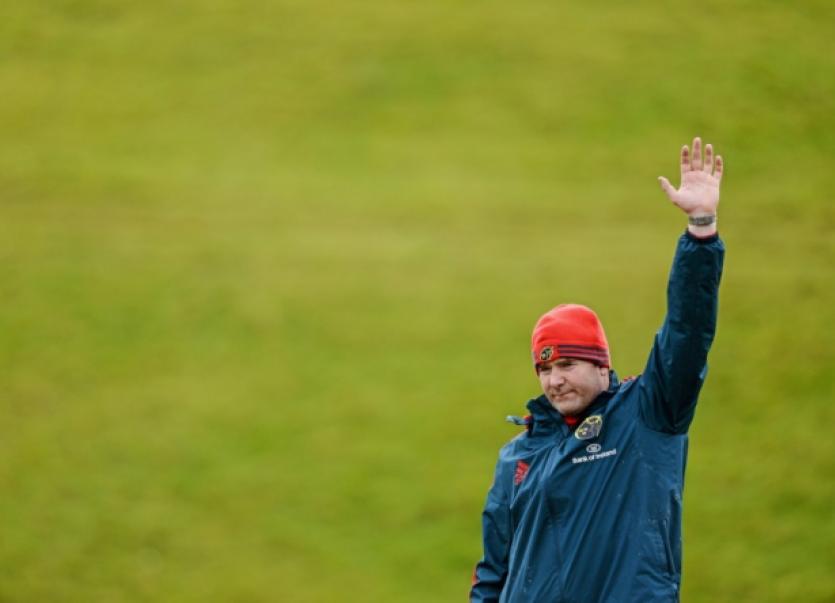 THERE WERE 22 applications for the Munster head coach role, confirmed the province’s CEO Garrett Fitzgerald on Wednesday, but Anthony Foley was the only candidate interviewed before being offered the position on Tuesday.

THERE WERE 22 applications for the Munster head coach role, confirmed the province’s CEO Garrett Fitzgerald on Wednesday, but Anthony Foley was the only candidate interviewed before being offered the position on Tuesday.

“The purpose of today is just to confirm that Anthony will be appointed as head coach, for the season commencing July 1st 2014,” Fitzgerald told the assembled media in UL.

“There was a recommendation of the Munster Professional Game Committee and fully supported and endorsed by the IRFU.

“It’s for two years and he has an option of looking at a third year at an agreed date which will be looked at.”

There is no coaching team in place yet but Fitzgerald was keen that news of Foley’s appointment be announced as soon as possible.

“I think it is very important we got clarity on this position quickly given the time of the season that this arose. So what we have done and spoken to Anthony on it, is that the priority now after this, once this is cleared up, the priority is to concentrate on matches and we have two very important matches coming in the next two weeks. And as the season moves and settles down we will look further into the team but there are no other announcements and nothing else has been decided. We just needed to tidy this up and get clarity on it.”

Foley was overlooked two years ago when Penney was appointed but Fitzgerald is happy that Munster’s former Number 8 is now ready to take on the position.

“Well the first thing is he knows all the players right down. He has worked with them all. There isn’t a player in the squad that he doesn’t know, there isn’t a player at academy level that he won’t have a knowledge of, which is a great starting point for any coach and is a huge challenge for a person that doesn’t have that.

“He has a huge knowledge of the game and he has a great ability to know when to ask for help. There are certain aspects of the game that he won’t be as well versed in as he is in others, and he knows what he wants to do, and he knows the people that can help him. He has a huge respect, I think, amongst rugby people of his own ilk. He has a lot of respect in that area.

“And I suppose the thing is that he only has one thing in his mind I’d say from the time he was out of nappies, was that he wanted to win rugby matches, and that’s a good thing in the professional game. That’s the attitude and the approach you need to have.”