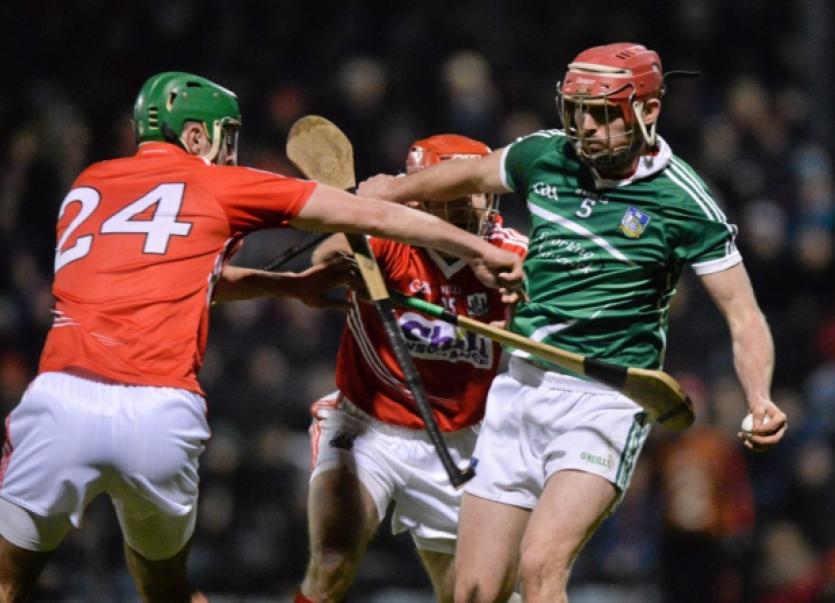 THE Limerick senior hurlers won’t underestimate any of the four remaining teams in Division 1B of the National League.

THE Limerick senior hurlers won’t underestimate any of the four remaining teams in Division 1B of the National League.

After drawing with Cork, Limerick now need to try and win all four remaining games as they chase promotion to the top flight.

This Sunday, Limerick entertain Antrim in the Gaelic Grounds and are unbackable 1/33 favourites, but Dowling insists that focus won’t be a problem for Limerick ahead of the clash with 10/1 outsiders, Antrim.

“Carlow should have beaten us last year in the league, Wexford drew with the All-Ireland champions this year and Antrim got very close to us, so them scares last year will get the boys rightly tuned in,” said Dowling, who is to be rested along with his Na Piarsaigh colleagues for the next two games at home to Antrim and Wexford.

“The boys won’t under-estimate those games because maybe we did that last year and we were lucky.”

As well as attempting to finish top of Division 1B and gain promotion, Limerick will also be mindful that a top four finish in the group will ensure a quarter-final spot in the league proper.

Dowling wants to target success on all front.

“The league before used to be about trying out new players but that seems to be finished - people want to win the league. It’s like two separate championships.”

The Limerick team for the Antrim is to be announced this Thursday evening.

Limerick are facing a selection dilemma in attack for Sunday’s round two clash.

TJ Ryan and Donal O’Grady will have just two regulars available to play in the forward unit.

Limerick used nine attackers enroute to Croke Park last Summer but just James Ryan and Seanie Tobin are available for selection when the team is announced.

Graeme Mulcahy is ruled out after receiving a one-match suspension after his red card against Cork.

Sidelined by injury are Declan Hannon and Seamus Hickey, while Niall Moran has retired. The Na Piarsaigh trio of David Breen, Shane Dowling and Kevin Downes are all to be rested for the next couple of weeks following their extended club season.

It was thought that they would miss the Cork game but management performed a late u-turn to include the men from the Caherdavin club in their match day plans.

But they are now set to be rested for the forthcoming Antrim and Wexford games.

All that means that joint-manager TJ Ryan and Donal O’Grady will have to experiment with the attack.

Conor Allis should start alongside James Ryan in the half forward line. He scored a point in the draw with Cork.

Tom Ryan played in Cork and while he was withdrawn early in the second half he could be set for another start.

In the full forward line, Seanie Tobin will have new colleagues with Tommy Quaid, Thomas O’Brien, William Hickey, David Reidy, John Fitzgibbon and Micheal Ryan all in line to get starting roles.