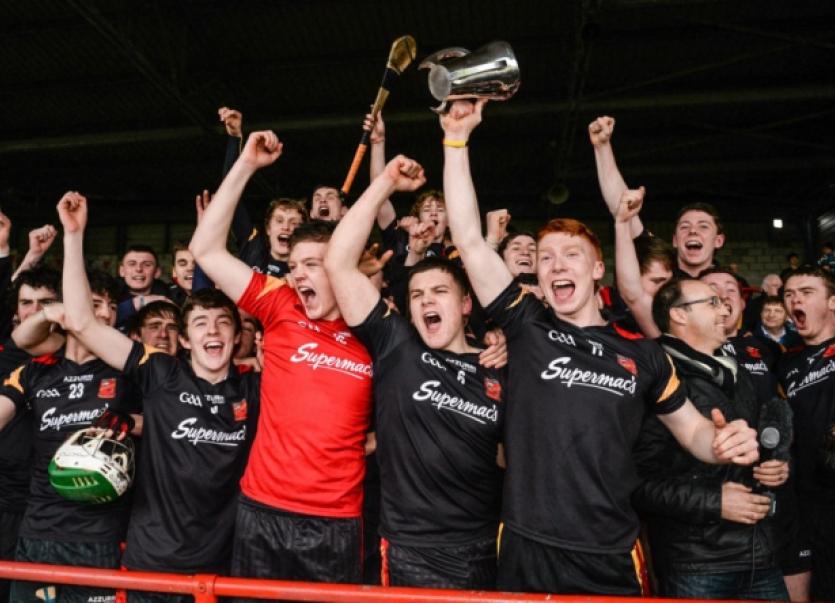 LIMERICK city secondary school Ardscoil Ris were crowned Harty Cup champions this Saturday with a comprehensive 2-13 to 0-4 win over Doon in the Gaelic Grounds.

LIMERICK city secondary school Ardscoil Ris were crowned Harty Cup champions this Saturday with a comprehensive 2-13 to 0-4 win over Doon in the Gaelic Grounds.

Doon’s Scoil na Trionoide Naofa had no answer to the 2010 and 2011 champions in the final of the Munster senior A colleges hurling championship.

It was tight in the opening half but Ardscoil Ris showed their class in the second half against a Doon school looking for a first win.

It was a tight tactical opening 30-minutes dominated by the extra men in both half back lines - Michael Casey and Shane O’Connell.

Doon free-taker Colin Ryan replied but then successive points from Ian Galvin had Ardscoil Ris 0-4 to 0-1 ahead after 16-minutes.

But scores were scarce and they weren’t to find the range again in a half where they hit six wides and Doon had five.

A 24th minute Ryan free for Doon ended the first half scoring.

The champions elect only had to wait 20-minutes to open their second half account when Alex Morey pointed.

In front of 3,514 points from play from Cian and Ronan Lynch had the city side 0-7 to 0-2 clear with 11-minutes gone in the second period.

Morey added another and then Colin Crehan blasted low to the net for the crucial goal.

Colin Ryan (free) had Doon’s first score of the second half in the 17th minute but Ardscoil Ris were now clearly on top in most positions of the field.

Their second goal came in the 51st minute from Ian Galvin.

In the 56th minute sub Mark Coleman had Doon’s first score from play.

See the print editions of the Limerick Leader for a full report and reaction.