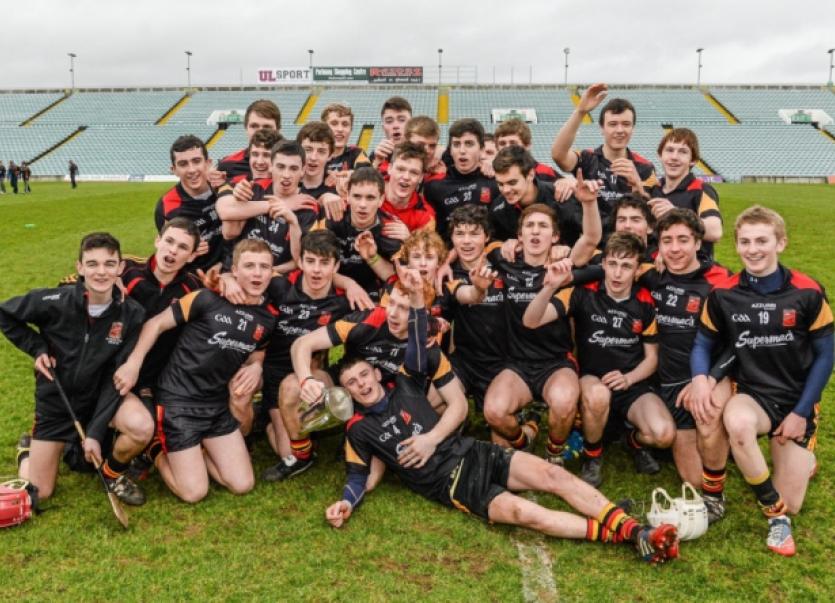 Now to help with the celebrations they have the Dr Harty Cup in the North Circular Road secondary school in Limerick city.

“It’s the 50th anniversary of the school - I am not a big believer in fate but it’s a nice touch that we have won a Harty Cup for the 50th anniversary,” beamed Ardscoil Ris manager Niall Crowe after Saturday’s 2-13 to 0-4 win over Doon’s Scoil na Trionoide Naofa.

He said that half time was key to their victory.

“We sat them down at half time and said we are two points ahead and keep your composure. We knew there was more in them and I think they settled and were relaxed going out for the second half. I think they hurled well in the second half and controlled the game with the two goals the massive scores - especially the first one,” recalled Crowe, who is joined in the management team by fellow teachers Victor Leyden.

“I am just relieved - I thought maybe the occasion got to both teams in the first half. We were very flat and made a lot of poor decisions and Doon missed a fair bit as well,” said Crowe.

“I don’t even think it was the seven defenders, even though Shane O’Connell did very well, I thought we played into their hands - we took the extra step and didn’t deliver the ball in quickly enough in the first half and they turned over the ball a lot and they worked very very hard.”

“We felt that there work rate would drop half way through the second half and I think that’s when the gaps started to appear. At half time we were thinking we were not hurling well but we never went behind and were still 0-4 to 0-2 ahead at half time. We got the first couple of scores in the second half which gave us that little bit of breathing space and then we opened up a bit.”

Crowe added: “It’s a local derby and the fear of losing is enormous, more so than if you were playing a Tipp school or Cork school, Clare school or whatever. There was that fear of losing - a lot of this guys hurl together with the county and Doon have won the last two minors but thankfully we got there.”

“We felt that we would make it difficult for the opposition if we take away that little bit of belief and then they had to chase the game.”