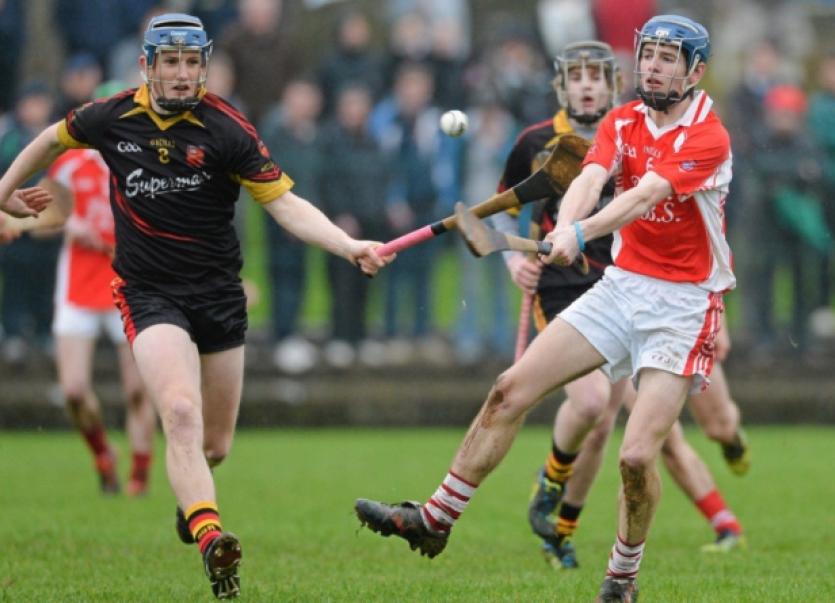 WHAT an occasion for Limerick with a first ever derby final in the Dr Harty Cup at 1.30 this Saturday in teh Gaelic Grounds when Ardscoil Ris play Doon’s Scoil na Trionoide Naofa.

WHAT an occasion for Limerick with a first ever derby final in the Dr Harty Cup at 1.30 this Saturday in teh Gaelic Grounds when Ardscoil Ris play Doon’s Scoil na Trionoide Naofa.

Cork have had six derby finals since the competition commenced in 1918, while there have been two all-Clare deciders.

What is certain is that there will be a 14th Limerick success in the prestigious competition. Limerick CBS on Sexton Street continue to lead the way with 10 victories between 1920 and 1993. St Munchin’s were winners in 1922, while Ardscoil Ris were champions in 2010 and 2011.

Victory for Scoil na Trionoide Naofa would be a first success for Doon - although they were beaten finalist back in 1931.

Without doubt Saturday is a historic day for Limerick hurling and comes as further proof of the rising standards at underage level and hot on the heels of the 2013 Munster minor success.

But it’s not all about the two schools in question on Saturday. Eleven different clubs will be represented in the match day panels - Doon, Na Piarsaigh, Pallasgreen, Adare, Cappamore, Patrickswell, Caherline, Murroe-Boher, Claughaun, Mungret and South Liberties.

There is of course a Tipperary and Clare influence but of the 64 players listed on the panel just 16 are beyond the county bounds (nine Ardscoil Ris and seven Doon).

It has been long enough that Limerick were looking towards the likes of St Flannan’s and St Colman’s for Harty involvement, so Saturday’s final is certainly to be celebrated by all in Limerick.

And, of course both of Saturday’s finalists will progress to the All-Ireland series in search of a first Croke Cup for Limerick since the 1960s.

The bookies make Ardscoil Ris the hottest of 1/6 favourites. Doon are listed at 9/2, but this final is certainly a lot more evenly matched that these odds.

Attempting to overshadow them and swing the game the Ardscoil direction are Cian Lynch, Ronan Lynch, Michael Casey, Barry Fitzpatrick and Cian O’Brien.

Ardscoil were 3-9 to 0-9 winners when these sides met in the quarter-final last year. It should be tighter this time but the city side still apper to hold the aces.