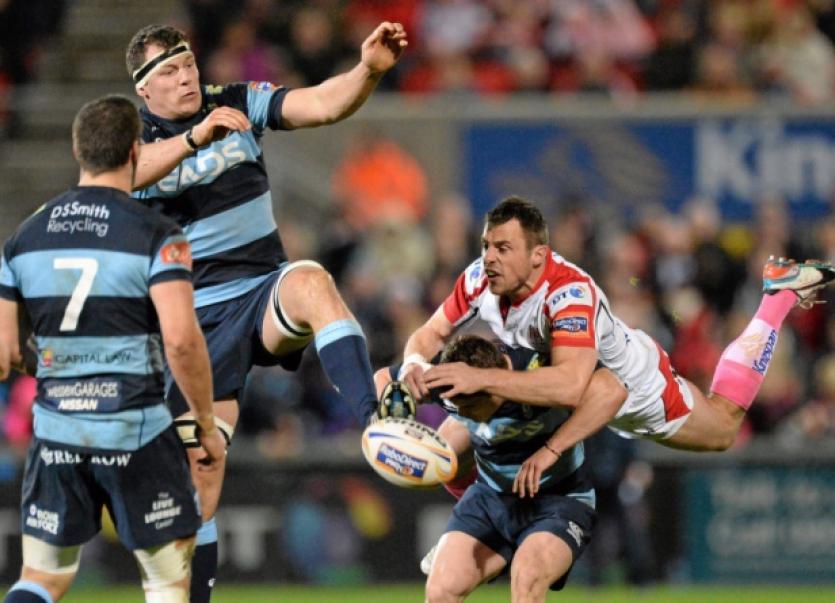 Irish-born Copeland will join the province on a two year contract commencing next July.

Blindside flanker/number eight, Copeland is a native of Co Wexford and was previously a member of the Leinster Academy. A former St Mary’s college player, Copeland joined Cardiff Blues from Rotherham Titans in 2012 having scored 11 tries in 20 games.

Cardiff are reported to have made Copeland an offer of a new contract, but he declined it in favour of a chance to play in Ireland.

Commenting on the announcement, head coach Rob Penney said: “We’ve seen Robin in action first hand and we’ve always been hugely impressed by his potential. From his experience in playing a number of positions he brings a great deal of versatility and we believe he will be a great addition to the squad.

“He will add value to a highly competitive area of our game.”

Copeland scooped the man of the match award for a powerful ball-carrying display in their victory over Toulon in the second round of this season’s Heineken Cup.

Copeland has previously stated that he hoped to play for Ireland. He will join a strong group of back-rowers at Munster, all vying for game time in the big fixtures, including the likes of team captain Peter O’Mahony, James Coughlan, Sean Dougall, Tommy O’Donnell, CJ Stander, Niall Ronan, Paddy Butler and Barry O’Mahony.