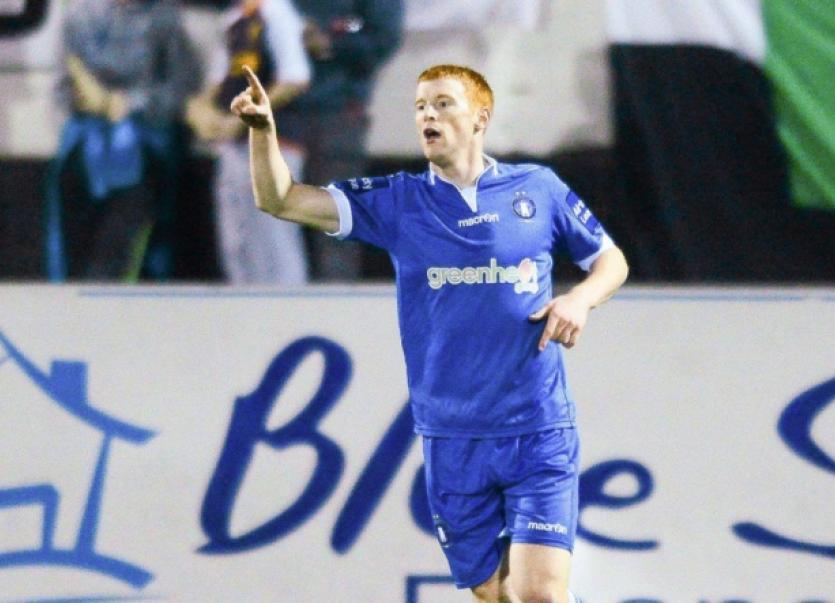 LIMERICK FC have extended Rory Gaffney’s contract with the club by another season.

LIMERICK FC have extended Rory Gaffney’s contract with the club by another season.

Twenty four-year-old has penned a fresh deal which will see him spend a fourth year at Premier Division Limerick FC, having arrived from Mervue United midway through the 2011 campaign.

Last term, Gaffney marked his first season as a top-flight player by scoring an impressive nine goals from 24 appearances in all competitions as he finished as the Super Blues’ top scorer.

“I can’t wait for the season to start.

“I obviously missed the beginning of last season, but I enjoyed the run of games that I got towards the end, and I’m hoping to kick on from there going into the new season.

“It’s always good to score goals and I was happy with how I did in that respect.

“I’ll be looking to add a few more next season.

“It was a good first year in the Premier Division. I don’t think we could have asked for too much more; we were comfortably safe. Hopefully we can push on and try to break into the top half.”

Gaffney is confident Limerick can build on their showing in their first season back in the top flight in almost 20 years.

Gaffney said: “I’m sure we’ll improve. The squad is shaping up well and with a few more to be added we should be looking good.”

Gaffney will again partner Craig Curran up front, while youngster Barry Sheedy will be looking to feature more regularly for Stuart Taylor’s senior side.

Gaffney added: “Craig (Curran) is a great player. I think he was unlucky not to get Player of the Year,

“I’m hoping to have a good partnership with him again next season.

“Barry (Sheedy) can score goals for fun and I’d expect him to be pushing on next year.”

Commenting on the additions of midfielder Shane Duggan and defender Michael Leahy to Limerick FC’s squad for next season, Gaffney added: “They’re two good players. Shane is from Limerick so he’s a big boost to the team and the club.

“I’ve seen Mick play with UCD a few times and I’ve been impressed with him too.”

Blues boos Stuart Taylor said: “Rory was a big player for us in the latter part of the season when he had managed to get over his injuries. We brought him into the team and he was fantastic for us.”