Haugh’s a rising star with both club and province 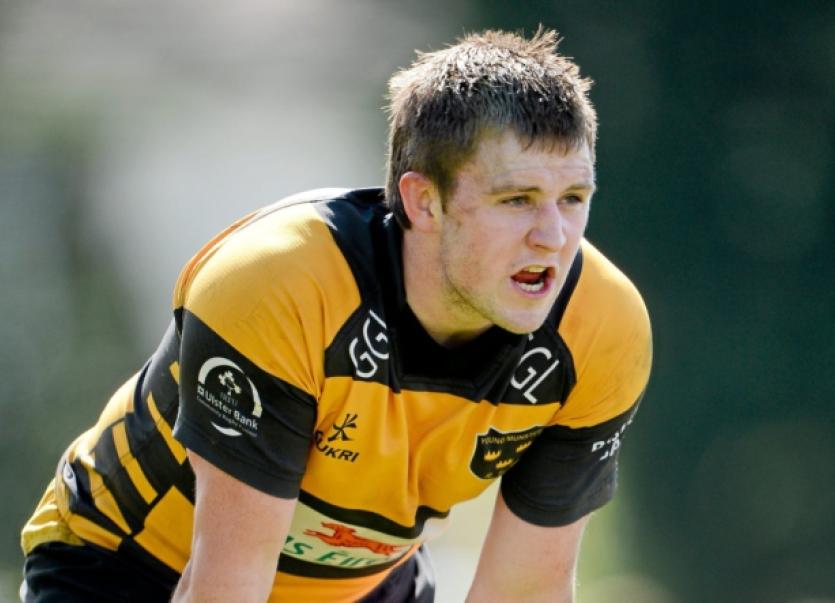 HIS trusty left boot guided his side to Munster Schools Senior Cup glory in 2011 - now talented Young Munster scrum half, Brian Haugh is on the glory trail once more.

HIS trusty left boot guided his side to Munster Schools Senior Cup glory in 2011 - now talented Young Munster scrum half, Brian Haugh is on the glory trail once more.

Haugh kicked 17 points on Saturday as his club side Young Munster scored a precious AIL Division 1A victory over UCD at Greenfields to remain in contention for League honours.

With the AIL now on a Christmas break until early January, Haugh’s main focus this week will be on Munster A’s British and Irish Cup campaign.

Conor Murray’s unfortunate knee injury may well provide Haugh with the opportunity to get some game-time with Peter Malone’s A side in this Friday night’s crucial British and Irish Cup clash against Plymouth at the Waterford RSC.

The Doonbeg native, who was introduced to the game of rugby with Kilrush RFC, spent five years at school in Rockwell.

Haugh explained: “I played Gaelic football up along through under-age level with Doonbeg, but I also played rugby with Kilrush RFC, training on Sunday mornings and playing games.

“It was very enjoyable. I went to secondary school at Rockwell College and that really helped me develop further.

“But if it wasn’t for Kilrush, I wouldn’t have got as far as I am today, but Rockwell gave me that extra spur.

“I spent five years there. I played at 12, 10, wing, flanker and then went to nine for a finish. I had been scrum-half previously at Kilrush and got back into 9 in second year in school and it took off from there.

“In Senior Cup, for sixth year, I was starting scrum-half. That was a good experience, 2011. We won the Cup.

“I have always been a kicker. My father Damien would come along with me every day down in Kilrush. He’d stand behind the goals for two or three hours to help me.

“I played Munster U-18s and two years at U-20s. It has always been my ambition since childhood to make it as a rugby player. That is the plan at the moment. That’s what I am pushing for. When I finished Rockwell I was involved with the Munster U-20s, in the sub-academy that summer and through the whole year.

“I was told in March of that year I would be coming into the Academy. I am in my second year of the Academy now and I’m looking to step up.

“I would love to get a development contract for next season. There are four scrum halves at Munster at the moment.

“It is about waiting for your opportunity and taking it when it comes. When it comes I am determined to take it.

Haugh says current Grenoble skills coach, Mike Prendergast, who previously worked as Director of Rugby at Young Munster was a big influence on his development.

“This is my third year playing AIL,” Haugh said. Mike Prendergast was a massive help to me, especially with him being a scrum-half. He has done it all.

“We fronted up against UCD. We are looking to push on this season. We have our eyes on one thing and that is winning the title. There is no other way about it. That is our goal for the season.”