Monaleen and Drom-Broadford to meet in Limerick SFC final 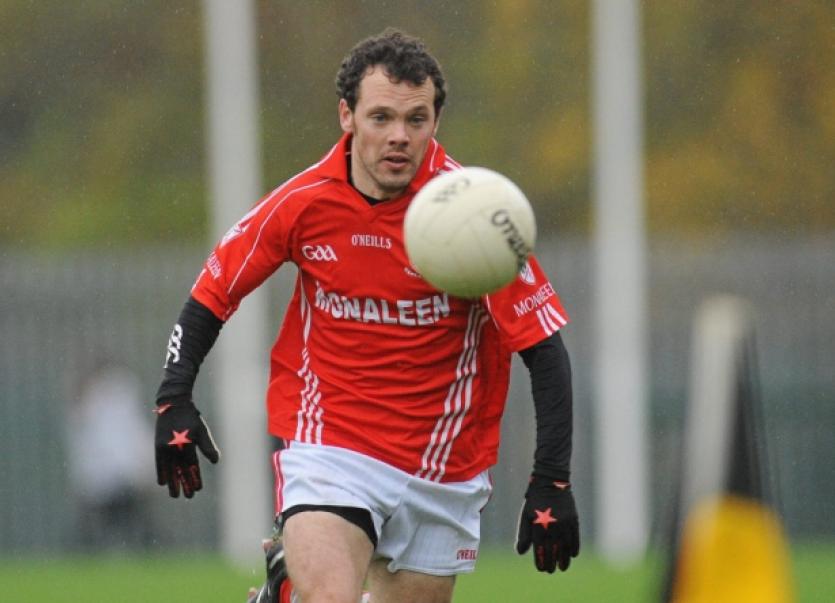 Monaleen and Dromcollogher-Broadford will meet in the Limerick SFC final after they won their respective semi-finals over the weekend.

Monaleen and Dromcollogher-Broadford will meet in the Limerick SFC final after they won their respective semi-finals over the weekend.

While both sides went in to their games as hot favourites, they were both pushed all the way before finally pulling through.

On Friday night under the lights in Mick Neville Park, Drom-Broadford recorded a 1-15 to 0-12 win over St Kieran’s but it was nowhere near as comfortable as the scoreline suggests. St Kieran’s were 0-7 to 0-6 ahead at the break but the introduction of Derry McCarthy proved crucial for the champions and he kicked three second-half points to put his side back into the lead.

Drom were 0-14 to 0-10 up entering the final minutes but they needed a great save from Keith Noonan on Darragh Treacy late on before a Michael Reidy goal at the very end put a gloss on the scoreline.

In the other semi-final, Monaleen were forced to come from 0-9 to 0-2 down early in the first half. They trailed 0-9 to 0-6 at the break but came good in the third quarter to eventually pull through by a point. Graham O’Connell and Ger Collins hit ten points between them.

The final is scheduled for Sunday, October 20, and will see the two most dominant clubs of the last decade meet for the first time in a final. Drom-Broadford have won six titles since winning their first in 2001 while Monaleen have won four since 2002.

In the intermediate hurling, Knockederry will play Dromin-Athlacca in the final after they came through their semi-finals. Knockaderry beat Bruff 1-10 to 0-10 while Dromin-Athlacca were 1-16 to 1-14 winners over Blackrock. The intermediate hurling final is scheduled for Saturday, October 12, in Kilmallock as part of a double header with the minor hurling final between Na Piarsaigh and Doon.