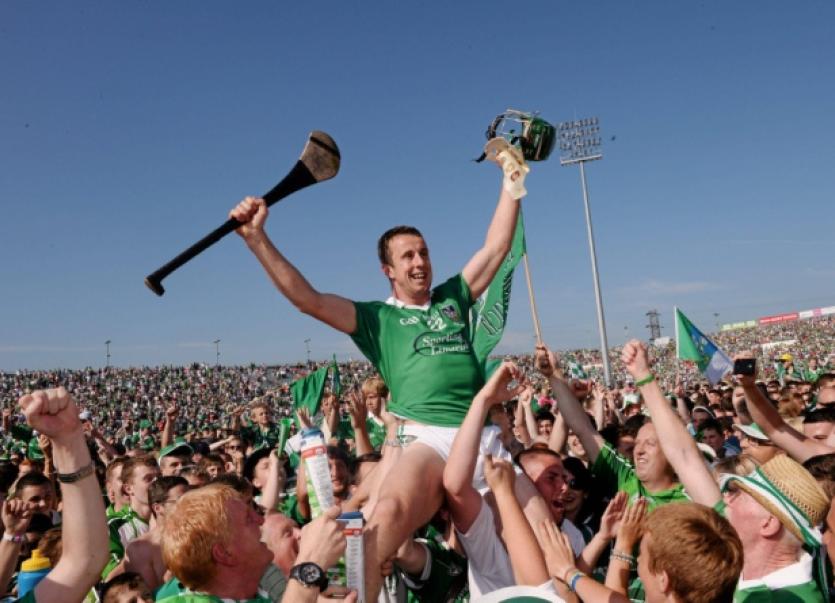 The 30 year old Ahane man confirmed his inter-county retirement this Saturday night after a decade in the green and white of the Limerick senior hurlers.

Moran, who made his debut in 2003, played senior championship hurling for Limerick on 44 occasions, putting him just shy of Mark Foley, who tops the list of those with the most appearances with 48.

He scored 1-1 on his debut against Waterford and progressed to hit 7-97 in championship hurling - just behind Gary Kirby, Mick Mackey, Eamonn Cregan, Richie Bennis and Andrew O’Shaughnessy on the all-time scoring charts.

Moran departs with two All-Ireland U-21 hurling medals, a National Hurling League Division Two medals and of course a Munster championship medals from this July.

“One Munster senior medal is little reward for someone who gave so much. He deserved more,” said John Allen, who managed Moran for the last two seasons.

“Niall Moran epitomised everything that is good about the present Limerick hurling team. He brought a passion, an honesty, an eagerness,an enthusiasm and a huge intensity to training every time ho togged out. There were nights we had to hold him back,” said Allen.

“In my two years I got to know a very popular, sincere dedicated hurler. I was so delighted when he ran onto the Gaelic Grounds on Munster Final day, won possession almost immediately and stuck the ball over the bar. The photo of a jubilant Niall being carried aloft in the press the next day told its own story,” recalled Allen.