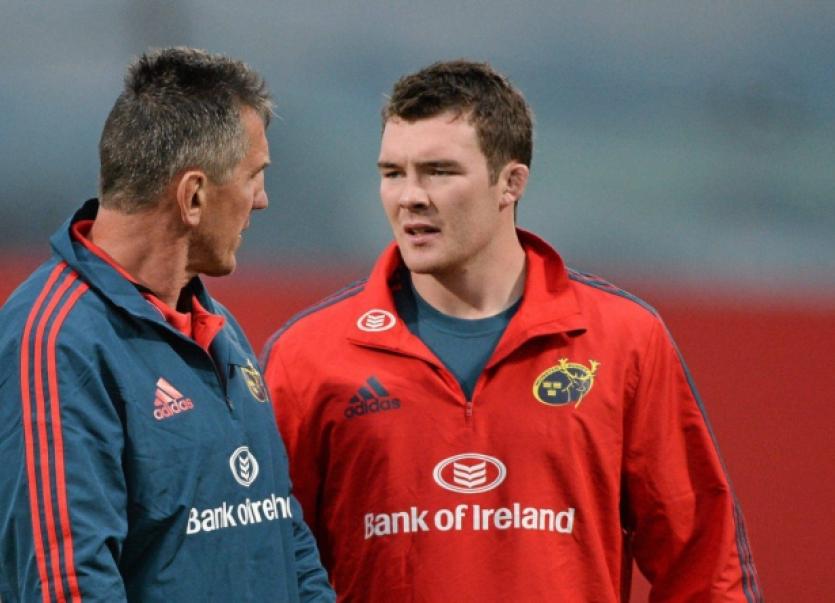 Colm Kinsella looks at the talking points following Munster’s win over the Dragons in Musgrave Park on Saturday night.

Colm Kinsella looks at the talking points following Munster’s win over the Dragons in Musgrave Park on Saturday night.

Munster’s 23-9 RaboDirect PRO12 victory over the Dragons at Musgrave Park on Saturday night was a timely boost ahead of the province’s demanding fixture schedule over the coming weeks.

First up is Saturday’s PRO12 clash with arch rivals Leinster at Thomond Park (6.45pm), followed by the opening two rounds of the Heineken Cup when Edinburgh and Gloucester provide the opposition.

The opening four weekends of the PRO12 has provided plenty of food for thought for Munster coach, Rob Penney.

Hazarding a guess at who might be included in the back five to face Leinster, the only certainty is that Simon Zebo will start on the wing. Johne Murphy, who has enjoyed an impressive start to the season, looks well-placed to start at full-back. Penney may well go back to the tried and trusted midfield partnership of James Downey and Casey Laulala, despite Ivan Dineen’s excellent early season form. Keith Earls may well be chosen on the other wing.

Lions scrum-half Conor Murray is a genuine doubt for this weekend’s PRO12 clash with Leinster due to a top injury. Coach Penney admitted he was unable to provide an exact timeline on how long Murray would be sidelined in the wake of Saturday night’s game at Musgrave Park.

But Penney must surely be impressed with the form of Cathal Sheridan through the opening weeks of the season, and the UL-Bohs clubman looks the best bet to replace Murray should he be ruled out through injury.

Munster’s scrum and line-out have proved potent weapons through the opening weeks of the season. The line-out functioned very well on Saturday night against the Dragons when Damien Varley’s accurate throwing ensured the home side won 10 out of 10 on their own throw.

The scrum also functioned impressively throughout. Munster have used the driving maul to very good effect off line-outs this season, using the facet of the game to make good yardage. Expect Munster to continue with the tactic through the coming weeks.

James Cronin’s performances through the opening weeks of the season has won him many plaudits and rightly so. The young prop has been hugely impressive and bagged one of Munster’s two tried against Dragons at the weekend. Cronin remains behind the more experienced Dave Kilcoyne in the pecking order, but is providing keen competition - a positive development for coach Penney.

The loudest cheers at Musgrave Park on Saturday night were reserved for the introduction of Munster’s talismanic second-row Paul O’Connell in the 50th minute and full-back Felix Jones a short time later. Both players returned to action after injury lay-offs. O’Connell had not played since breaking a bone in his arm on the Lions tour in Australia in June. Jones was making his first appearance since April after having shoulder surgery during the summer. Their return to action is a major boost ahead of Munster’s demanding fixtures schedule.