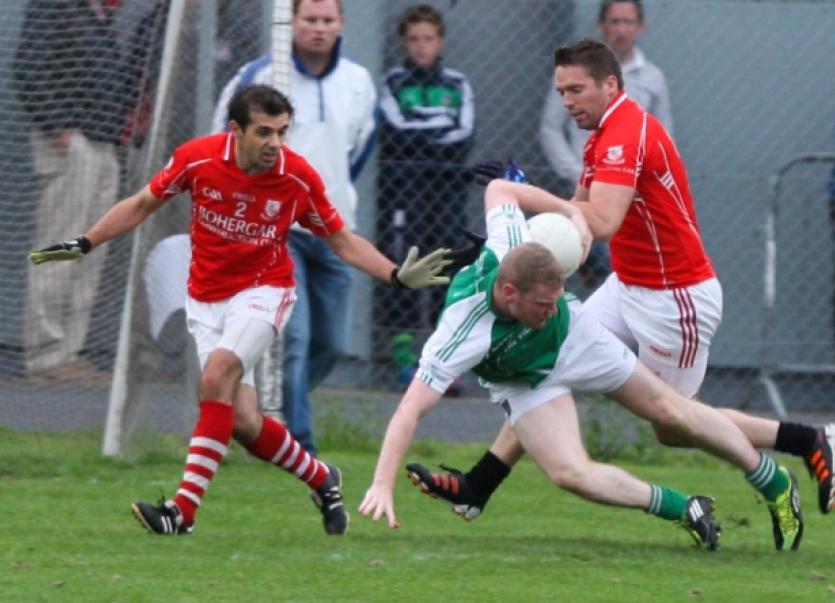 MONALEEN GAA officials are to meet to ‘review’ the scheduling of the Limerick SFC final for Newcastle West rather than the traditional venue of the Gaelic Grounds.

MONALEEN GAA officials are to meet to ‘review’ the scheduling of the Limerick SFC final for Newcastle West rather than the traditional venue of the Gaelic Grounds.

The Castletroy based club are to play west Limerick side Dromcollogher-Broadford in the Limerick football decider on Sunday October 20.

This Monday night, Limerick GAA chiefs fixed the final for the west Limerick venue of Newcastle West and not GAA Headquarters in the Gaelic Grounds.

The fixture has raised eyebrows in Monaleen and club officials are to discuss the venue choice and explore the options available to them.

They could very well appeal the decision or make some formal representation to the County Board.

In 2010, Monaleen did travel to Newcastle West to play Adare in the SFC final. But on that occasion, the Gaelic Grounds was out of commission due to the International Rules Test between Ireland and Australia the following weekend.

The senior football final fixture was made this Monday night by the CCC.

The county intermediate hurling final will be on week earlier with Dromin-Athlacca playing Knockaderry on October 12 in Kilmallock at 3.30.

The curtain-raiser to the IHC final is the premier minor hurling final between Doon and Na Piarsaigh. That game will have a 1.45 start.

Elsewhere, the knockout stages of the varying junior championships were also fixed.

Monaleen v Feohanagh-Castlemahon on October 13 in Croagh at 1.45pm